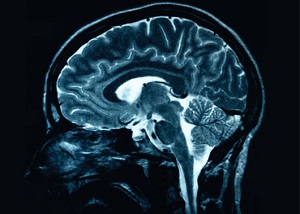 Fibromyalgia is a Neurological Disorder Before Anything Else

A consistent number of medical doctors still see fibromyalgia as a “wastebasket” diagnosis, a condition that has no underlying identified cause or treatment and that is brought into discussion to give a name to unexplained, chronic pain, depression, fatigue or anxiety. Some of them are wary of telling patients that they suffer from FMS (fibromyalgia syndrome) when they already have another serious disorder like MS (multiple sclerosis), since this would only be an even greater blow. Still, research from the field of neurology has made its argument for the existence of fibromyalgia, leaving doctors no choice but to investigate such leads when the symptoms fit the condition.

Although FM was initially perceived as a rheumatic condition due to the musculoskeletal pain that defines it so well, studies concluded that there are no abnormalities in the musculoskeletal systems of diagnosed patients, unlike in the case of rheumatoid arthritis. What’s even more worrisome is that there are consistent cases of patients with fibromyalgia that also develop rheumatoid arthritis or lupus. Consequently, medical research looked deeper, at the level of the nerve cells that perceive pain and then send the signal to the CNS (central nervous system). With the help of functional magnetic resonance imaging (fMRI), tests were conclusive when FM-diagnosed individuals were compared to control subjects, indicating that people suffering from this illness actually perceive significantly heightened pain; they don’t just imagine it.

Nowadays, both rheumatologists and neurologists are fully prepared to diagnose fibromyalgia, provided that they are adequately informed about it. In addition, more recent findings from neuropathy-focused research help us understand FMS even better; as described in patient-friendly language here.


The Neuropathology Behind FMS

One German study compared people diagnosed with FM and individuals that suffered only from depression in an attempt to determine the degree of nerve damage the former may have acquired. Quantitative sensory testing, as well as electrophysiological recordings of pain evocation was conclusive concerning the impairment in peripheral sensory nerve function. In addition, skin biopsies of the small nerve fibers that carry painful sensations in the legs revealed a reduced reaction of these nerves, besides the underlying higher levels of neuropathic pain symptoms. While the results are a step forward, it’s difficult to determine to what extent the transformations were caused by fibromyalgia itself or by one of the causes that started the disease in the first place.

To make things easier, a separate study conducted in the United States at the Massachusetts General Hospital in Boston focused on leg skin biopsies from people who were suffering from FMS. The results were that 41% of these had loss of small fiber innervation, but this could also be considered a clinical diagnosis for a different disease, namely small fiber peripheral neuropathy. SFPN is a condition that can cause widespread pain similar to fibromyalgia. The importance of this finding is essential, particularly because SFPN is more manageable. In addition, SFPN seems to be tightly related to diabetes and prediabetes, with nearly half of diagnosed patients showing abnormal glucose testing levels or anomalous fasting glucose levels. If this wasn’t enough, the subjects were also required to complete a questionnaire designed to evaluate neuropathic pain, which revealed that some patients already diagnosed with FMS were actually suffering from an unrecognized SFPN.

Nonetheless, the researchers leading this study were reluctant to pin-point their findings as SFPN and chose to describe it in a more general way, either because they were unable to decide or unsure as to whether this is actually the case. Indeed, some symptoms of fibromyalgia are quite different than the typical manifestation of SFPN. For instance, the hallmark widespread deep tissue pain is highly unlikely to be caused by damage to the nerves located in the skin. On the other hand, nothing is to say that the same condition isn’t actually present at a deeper level, targeting the small nervous fibers present in tendons or muscles. Further investigation is required in this direction, as the difference between the two diagnostics is basically the difference between a condition with no known source (and, therefore, no definite treatment) and another which does have some possible causes, as well as effective management and control.

Why It’s Important to Know

Besides the considerable change of the patient’s outlook upon his or her condition and lifestyle, diagnosing SFPN requires further tests on the part of the physician to determine the prime cause. Especially because small fiber peripheral neuropathy has a definite link to glucose metabolism, alternative treatments are a definite possibility when it comes to this disorder. Hepatitis or diabetes are just as likely to occur concomitantly with SFPN, whereas the majority of individuals suffering from FMS also manifest dysimmunity markers, which can either be traced to Sjogren’s disease, amyloidosis, systemic lupus or paraneoplastic syndrome. Consistent with small fiber peripheral neuropathy are also HIV, hepatitis C, a multitude of inflammatory neuropathies, celiac disease or restless leg syndrome. It’s even more important to determine whether SFPN is actually the problem since this list is not complete and other health-related issues might be at fault. In fact, sometimes this illness can be caused by inherited conditions.

It’s not unlikely that another peripheral trigger might contribute to the onset of FM, as a related study performed at the Albany Medical College in New York proves that individuals diagnosed with FMS have various peripheral nerve abnormalities in their palms, which may react in response to the autonomic fibers either as effectors or receptors. The microcellular blood vessels in our palms called arteriole-venule shunts (AVSs) regulate our body temperature, as well as how the blood flows to our muscles when we exercise. The abnormality recorded in those who suffer from FM consists in the fact that the autonomic fibers are significantly altered and increased, which could produce deep tissue ischemia, effectively contributing to fatigue and the well-known widespread chronic muscle pain.


The Body Adapts to the Brain

There is an ongoing debate on whether findings related to SFPN in FMS diagnosed patients are helpful in any way, particularly because nerve damage is highly likely to occur as a result of a chronically overactive nervous system. Consistent data exists that indicates that the central nervous system undergoes extensive re-modeling with the onset of fibromyalgia, which makes it very probable that the peripheral nervous system may experience something similar. According to the hypothesis that FMS is actually the cause for an individual’s extreme sensitivity to nociceptive inputs, the disorder alters the pain signal either in the spinal cord or in the brain, amplifying it to an extreme degree.

On the other hand, researchers are postulating that FM itself transforms the way our central nervous system operates. With these conundrums in mind, psychological investigations concentrated a great deal of resources towards types of disorders wherein symptoms of multiple overlapping clinical spectrums overlap, in an attempt to train our minds to deal with what is currently going on in our brains. Compelled by important results that behavioral patterns have showed upon the physiology of the individual, a multitude of educational treatment options are now available as a useful tool for coping with FM.

Because we lack the tools to properly investigate what goes on in our body, it is increasingly strenuous to even find clues about where the cause for FMS may be. It’s not unlikely that this condition is brought about by a trigger somewhere along the way from the nerves to the CNS or due to some more complicated process that occurs either in the brain, the spine or in how they relate to one-another. Nonetheless, it’s possible to lead a relatively normal life provided that a broad spectrum of treatment options are taken into consideration and equally involved in the curing process.

There is an undeniable connection between neurology and the development of fibromyalgia syndrome, reason for which some of the most effective medications that are prescribed for the former are, in fact, neuroactive compounds that prevent the hyperstimulation of the cortical areas associated with FMS. Unsure as to whether neuropathology-related markers are either a cause or a symptom of the disease, doctors are not yet fully equipped to solve this aspect of the disorder. From this perspective, once the diagnosis is set, patients are advised to undergo extensive investigation on the nervous terminations of their legs and palms, as well as fMRI examinations to properly determine to what extent their central and peripheral nervous system has changed from that of a normal individual.

In addition to the recommended pharmacological treatments, such as reuptake inhibitors, compounds that increase the levels of serotonin, norepinephrine or dopamine and anticonvulsants, clinical practice indicates a high rate of success in terms of alternative therapies, namely regular exercise for muscle pain tolerance and cognitive behavioral therapy. The former was shown operative in preventing maladaptive beliefs, while increasing the use of coping skills, both cognitive and behavioral. Consistent studies ran on thousands of individuals have proven incredible short-term success of using at least one form of psychological or educational therapy combined with at least one form of physical exercise, also showing promise for long-term beneficial impact. Consequently, your team of healthcare advisors should also include a psychology counselor accustomed to this aspect of treating FM, thereby ensuring that you are employing the appropriate techniques in the most fitting manner to help out with the symptoms as much as possible.

Understanding and accepting a condition as puzzling as fibromyalgia seems to be a key factor in leading a healthy, satisfactory life. On the other hand, even if the medical community is not yet fully aware of what brings about such a serious illness as FMS, chances are very high that you are, in fact, suffering from another disease with similar manifestations, such as SFPN. It’s essential that the two are properly distinguished because, in the latter case, your organism is most likely dealing with more than just your peripheral fibers, ranging from immune system disorders, to hepatitis C and diabetes management.