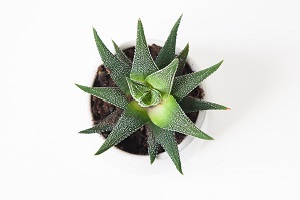 When you wake up feeling a little under the weather and realise an oncoming cold or sickness bug is looming, it’s easy to jump on the phone to your doctor and rush down to the chemist in search of a cure. While you’re there though, do you ever take a moment to find out what your medicine is actually made of?

There are a variety of substances used to create a whole range of antidotes, from chemicals to fungus and human-made to natural, all can be used to help ease those pesky aches and pains. Focusing on the power of plants, below are nine natural remedies that could help relieve sickness symptoms and have you back to your best in no time.


Aloe Vera
Known best for its soothing qualities, Aloe Vera can not only help ease sunburn and psoriasis but also improve digestive health. It can be found in gels, drinks, tablets, and even toothpaste.

Echinacea
The properties found in Echinacea can help boost immunity. The plant’s leaves, flowers and roots are used to make natural remedies for the common cold and flu-like symptoms. It is often used for prevention as well as cure.

Fenugreek
The herb Fenugreek can be used for a number of reasons other than flavouring food. New mothers can take it as it may help the production of breast milk, and men could benefit from increased fertility if regularly taking Fenugreek seed oil.

Ginger
Nausea can often be reduced by consuming ginger. Taken either tablet form or added to herbal teas, this herbaceous perennial can work wonders for upset stomachs, morning sickness, menstrual pain and vomiting.

Marijuana
With more countries now allowing the use of marijuana to help treat a number of ailments, it’s wise to get to grips with its benefits. As it can be used in a variety of ways, the properties of medical marijuana do differ from those used recreationally. This is mostly down to the difference in levels of THC and CBD.

Milk Thistle
If you’ve had one too many drinks the night before, Milk Thistle can help with those worse for wear feelings that appear the morning after. It’s mainly used to protect the liver and can be taken both before and after your night out to help ward off any hangovers.

St John’s Wort
This yellow, star-shaped flower is mainly used to help depression but can also improve tiredness and those suffering from nervousness. It’s known to interact with other medication so should be taken with guidance and caution.

Turmeric
Part of the ginger family, Turmeric (and more so Curcumin) have been used in medicine to help prevent heart disease, cancer and inflammation. Its antioxidant properties may also improve symptoms of depression and arthritis.

Valerian
Having trouble sleeping? It might be worth taking some Valerian. Often used to help insomniacs, this perennial flowering plant can reduce psychological stress, anxiety, and aid a good night’s sleep. You can usually find it at your local chemist in either tea or tablet form.

Gacess99
The child life is very simple and innocent and divorce is effect on child's life as emotion and ment...
The Mental Health Effects For Children Of Div...
about 1 year ago