Modernity's seeing medical advances at a pace that's almost frightening. Did you know they've figured out enough of the human genetic code to apply portions of human biology to non-human subjects? They grew an ear on a rat in Japan; check out the picture:

That rat was grown via stem-cell manipulation, but here's the thing: modern advances are so fast, new applications are becoming available to more and more people daily. They haven't come up with a cure for cancer in the medical community as yet, but they have come up with certain things which can specifically target cancer causing cells, and don't require the hair loss which often accompanies chemotherapy.

The modern medical environment has scientifically transcended most past eras, but what amazes medical practitioners the world over is that the more is known about the human body, the more there is to know.

The human body is an interconnected system which is a self-sufficient, organic machine only requiring the barest minimum in fuel and piloted by the mind. As medical advances progress, it is becoming increasingly evident that a great unknown frontier is indeed the mind. Many psychological practices seek to understand and treat the mind, but often the services they prescribe have as much to do with educated guesswork as they do with science. This is because individuals vary on a one-to-one basis. While 99.9% of people are going to be sad if they were to witness an innocent puppy passing into the next realm, there is that .1% that could care less; but here's the kicker: that .1% might not be a psychopath. She could be a grandmotherly woman working at the library who was attacked by dogs as a child and resents them perpetually. Or she could just really like cats. Or he could have an allergy that's prevented him from ever having any positive feelings toward such creatures. The point is, there's no "one size fits all" in psychology--and yet, as medicine advances, more and more discoveries are being made which pertain to the human mind. Things like the body's electromagnetic energy. 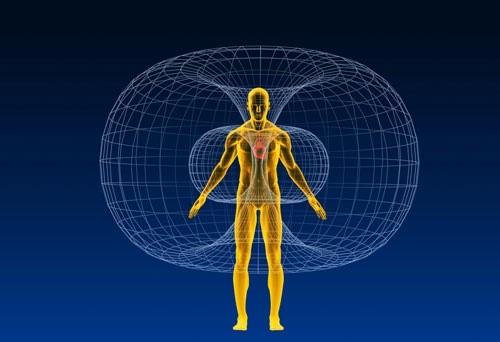 You may not realize it, but the human body has a permeating electromagnetic energy field which is just being discovered and experimented on in the current medical climate. One tentative conclusion explains partial extra-sensory perception. Ever been in a crowd and felt someone staring at you, then turned around and made eye-contact? Well, some think that when this is going on, you're concentrating your electromagnetic energy on them, and when resonance between you is reached, you lock eyes. True or not, there are astonishing finds like this happening every day in medicine, and the "miracles" just continue to multiply. As mankind understands the link between his own electromagnetic energies, and his mind, treatments will be developed to curb or encourage behavior; and they'll be successful. The MRI, or Magnetic Resonance Imaging machine, has fast become one of the strongest medical resources of modernity. What the future may hold is really anyone's guess at this point. New discoveries happen every day, and age old conditions are now becoming explicable. It is one of the better times to get a check-up on existing conditions or things you're worried about. There are a variety of physical therapy groups in Bayonne NJ which specialize in some cutting edge techniques, and have made astonishing advances in the last thirty-five years all on their own. Such organizations are one reason physical therapy is more effective today than it's ever been in America's history. Advances continue to develop, and conditions you may have thought incurable could have a cure.