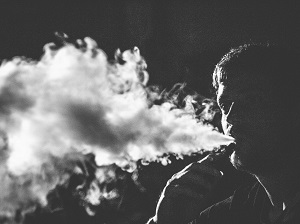 Every person who quits smoking and switches to vaping has his or her own unique journey. Some people find that the switch is completely easy; from their first time using a vaping device, they never think about cigarettes again. For others, however, the switch isn’t quite so simple. Those people find that they need to do everything possible to keep vaping fresh and fun, or they quickly lose interest and start to crave cigarettes again.

For some people, the thing that keeps vaping fresh is changing e-liquid flavors constantly and always trying something new. For others though, nothing is more enjoyable than trying to chase some enormous clouds.

So, were you born to be a cloud chaser? If so, this article is for you. In this walkthrough, we’ll explain how to get bigger clouds when vaping, addressing everything from your equipment to your vaping technique. When you’re done reading, you’ll be ready to create your own personal weather systems with the best of them.

Get Ready to Lower the Nicotine Strength of Your E-Liquid

The first thing you need to know about getting bigger clouds when vaping is that the e-liquid you’re currently using may not be compatible with your cloud chasing aspirations. Using a vaping setup that produces enormous clouds means that you’re going to be inhaling a large volume of e-liquid with each puff. You’ll probably be inhaling significantly more e-liquid than you currently do, in fact, and that means you’ll need to use an e-liquid with a lower nicotine strength in order to maintain a total nicotine intake that’s around the same as what it currently is. Among those who use the most powerful vaping equipment, the most popular nicotine strength is 3 mg/ml. A good vape shop like V2 Cigs UK will have an ample supply of vape juice in all nicotine strengths.

In this article, we’ll discuss some tips that you can use to get bigger clouds with any type of vaping equipment. If you want to keep your expenses down, you may want to try those tips with the equipment you currently have before you spend your money on a new vape mod and tank. If you want to get the absolute biggest clouds possible, though, it’s inevitable that you will eventually need to upgrade your vaping hardware.

When you decide that it’s time to make that investment, you’ll want to look for a vape mod with a minimum power output of around 80-100 watts. It’s OK to go with an even more powerful mod if you want to – there are some high-end tanks that require even greater power output for maximum efficiency – but 80-100 watts is usually a good starting point for real cloud chasing.

The tank that you use – and more specifically, the atomizer coil inside the tank – is the component that’s responsible for producing clouds, so it’s the most important part of any cloud chasing setup. To enjoy the biggest possible clouds, you’ll want to buy a large glass vape tank, preferably with a mesh coil.

Almost all e-liquids use propylene glycol and vegetable glycerin as their two base liquids, and you’ll usually see the ratio of those two liquids – the PG/VG or VG/PG ratio – on the bottle’s label. An e-liquid containing more PG than VG is thinner and will work well in smaller vaping devices. An e-liquid with more VG, on the other hand, is thicker and produces large, billowing clouds. To get the biggest possible clouds when vaping, you’ll want to use an e-liquid with a higher percentage of VG.

Before you buy a high-VG e-liquid, though, you’ll want to make sure that you have a tank capable of handling a thicker vape juice. If you’re using a large glass tank, you’ll be fine. If you’re using a smaller vape pen, though, look at its atomizer coil. To handle a thick e-liquid, the coil should have wide wick openings. If the wick openings look more like pinpricks, stick with the e-liquid you’re currently using until you get a new tank.

When it comes to chasing clouds, airflow is the name of the game. In order for your vape tank to generate enormous clouds, an enormous amount of air must flow through it. So, you’ll want to open your tank’s airflow control fully and adjust it as necessary until you’ve achieved your ideal balance of cloud production and flavor. If your tank has a narrow mouthpiece, you might want to consider replacing it with a wider mouthpiece to increase the airflow even further.

Remember that allowing the maximum volume of air through your tank does have a drawback in that the extra airflow will dilute the flavor of your e-liquid. If you find the vapor overly airy and lacking in flavor, you can either increase your device’s wattage to intensify the flavor or reduce the tank’s airflow to concentrate the vapor.

Learn How to Vape Correctly for Cloud Chasing

Although upgrading and adjusting your vaping equipment for maximum cloud production certainly helps, the one thing that makes a bigger difference than anything else when you’re trying to chase clouds is simply learning how to inhale properly when you vape.

When people first start vaping, they often use very small vaping devices like pod-based or cigarette-shaped e-cigarettes. Those devices use high-nicotine e-liquid, and they have very tight airflow characteristics – just like a tobacco cigarette. When you start to move from that vaping paradigm to a configuration designed for bigger cloud production, though, you’re going to trade your high-nicotine e-liquid in for one that’s much lower in nicotine. You’re also going to switch to a vape tank with much freer airflow. Ultimately, you will also start inhaling the vapor directly into your lungs instead of drawing it into your mouth first because that’s the way to get the biggest possible clouds.

Direct-to-lung inhaling might sound like a strange idea if it’s something you’ve never tried before. You might even assume that it would make you cough. You’ll find, however, that inhaling directly to your lungs is quite easy to do when the nicotine strength of your e-liquid is extremely low. You’ll also find that it’s the only way to get those room-filling clouds you’re craving. Once you get used to it, you’ll discover that direct-to-lung inhaling isn’t just the best way to get bigger clouds when vaping; it’s also the way to get some of the boldest and richest flavors you’ve ever experienced.

Maff
My wife and I separated when our daughter was 12-18 months. She is now 3 years old and the happiest ...
The Mental Health Effects For Children Of Div...
about 4 months ago

Gacess99
The child life is very simple and innocent and divorce is effect on child's life as emotion and ment...
The Mental Health Effects For Children Of Div...
about 4 months ago

Stone
I believe that divorce rate increases have also been caused by simplification of divorce filing proc...
The Mental Health Effects For Children Of Div...
about 10 months ago

Guest - Nicci Skincare
Thank you so much for these insights, you're gonna change so many lives!
5 Ways to Help Treat the Most Common Addictio...
about 10 months ago

Guest - James
This was a really great article on hazardous waste management. It was very informative and gave grea...
Hazardous Waste Management
about 10 months ago