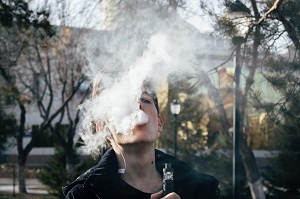 If you have been keenly following the growth and development in the electronic cigarette industry, you may have heard that in 2015 a man was hospitalized with critical injuries in the face caused by an explosion of his e-cigarette. Another person hit the news when an e-cig explosion left him with a hole in the tongue, a knocked out teeth and severe burns on his hands. Other cases of e-cigarette explosions have also been reported prompting the U.S. Fire Administration (USFA) to carry out an investigation that was published in 2014 detailing a total of 25 e-cigarette accidents that happened between 2009 and 2014.

The battery is usually to blame when it comes to e-cigs explosions. The battery is an important element as it powers the heating component, which then heats the element to turn the chemical solution into vapor. Most e-cigs powers automatically when you take a puff but others require you to press a switch to take a drag. Most electronic cigarettes on the market today are powered by a lithium-ion battery, which makes them prone to explosions. When left in certain pressurized areas, the lithium-ion batteries can pose a fire hazard.

Although the likeliness of a lithium-ion battery failing under normal conditions is very low, when it happens, the internal pressure in the battery causes the seal at the end of the battery to rupture. The pressure from the broken seal quickly builds up in the e-cig cylinder causing a bigger rupture that can propel the device across the room. The likeliness of lithium-ion battery failure is high when the battery is overheated from outside heat sources, overcharged or when there is a short circuit. In fact, 20 out the 25 cases featured in the USFA report were as a result of battery malfunctioning when the device was plugged into a USB port for a recharge.

The modern-day e-cig batteries come with advanced safety features that prevent overcharging and short circuits. However, most e-cig devices come with a USB port that is compatible with any USB charger and cable prompting users to use any charger that fits and works with the device. Using a non-approved charger can subject the battery to high voltage making it
malfunction.

How to Minimize the Risk of Explosion

The FDA recently announced plans to enhance the safety of electronic cigarettes by requiring manufacturers to include graphic or text that tells users to use the devices with only the specified chargers to reduce the likeliness of battery failure. However, before that comes into effect you can keep yourself safe by learning how you can safely enjoy vaping. The top informative vaping websites such as https://www.ecigguide.com offer safety measures that you should adhere to when vaping to avoid the risk of failure. Some of the key safety pointers you should embrace to minimize the risk of e-cig explosion include sticking with your manufacturer’s approved accessories and chargers, taking proper care of the battery and buying e-cig devices and accessories from reputable sellers.

With the growth in technology, the chances of battery failure have greatly reduced but still remain a possibility. Whenever you are not using the electronic cigarette, you should always make sure that the battery is turned off. You should also regularly check and clean the terminals of your battery to get rid of the dirt. If you suspect battery damage, you should purchase a new one immediately.
​