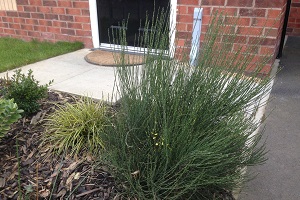 Gardens in the UK are continuously shrinking in size. Homes today have halved in size compared to those built in 1920, and the average British garden has shrunk from 168 metres squared to just 163.2 metres squared between 1983 and 2013.

Records from 2010 show that over two million homes in the UK do not have gardens – the same report predicts that 10.5% of homes will not have a garden by 2020. This is not good news in light of research that suggests children with no access to gardens are 38% more likely to become obese.

The way we access our gardens and what size they are aren’t the only things to have changed in recent years. Instead, the entire approach to gardening in the UK has shifted as different materials have come into usage – from synthetic living spaces such as decking to actual gardening tools like fertiliser, which was originally organic. Some of the first things to change were:

The mindset we have in terms of our garden has changed too. During WW2, gardens became areas for growing food to supplement rationing, but also an area of refuge for those who’d build their own bomb shelters. In the 1950s, gardeners shrugged this sensibility off and focus shifted towards ornamentation and decoration, placing more attention on manicured lawns and neatly trimmed shrubs.

Self-sufficiency became the trend of the 70s and growing your own fruit and vegetables. Colour TV’s invention also saw the widespread airing of gardening programmes.

BBQs and conservatories grew in popularity during the 80s. By the 90s, this movement became more about the ‘makeover’ – with many people installing decking as a fast, affordable way to create a living space in their gardens.

When the internet grew in popularity through the 2000s, it changed the way people gardened forever. Now, information about growing and cultivating your own plants is everywhere, accessible through mobiles, desktops and tablets. A renewed focus on climate change and healthy eating has also meant more people are aiming to create sustainable gardens with minimal harm to the environment. using recycled materials in everything from plant pots.

How can we get as much as we possibly can from our gardens with the new information and materials available to us? For some, this means studying guides online and creating their own DIY fruit and vegetable gardens. For others, it means creating as much living space as they can in their shrinking gardens, whether this is by using composite decking or flower tiers.