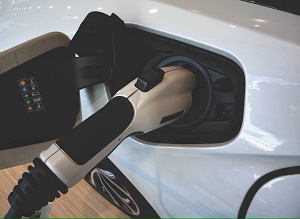 Have you heard about the latest buzz on the adaptation of electric vehicles? It might be the future of the vehicle industry in the near future. Increasing awareness about pollution control and replacing diesel and petrol vehicles is a new drive. Manufacturers and producers are taking a call on the electric car movement to curb pollution levels globally. Though it’s a positive sign, the technology always comes with a price!

Can Electric Vehicles Pose Other Challenges?

While everyone is spacing out themselves to the new concept of electric cars, a few unsorted queries are left to the environment amidst this historic transition. What about the disposal of tons of lithium-ion batteries that tend to get useless? It is a bothersome thing, and pharmaceutical companies are already analysing the level of environmental disaster this can cause as well as repercussions on human health of the same.

Now let’s analyse the electric car battery disposal issue in detail. We have very well heard about the losing sea ice and increasing water levels leading to global warming. On the other hand, the IPCC already have mentioned the alarming greenhouse gases that are causing harm to the environment.

Governments across the nations are taking steps to decrease environmental devastation by taking several measures. Introducing electric vehicles is one such step to provide cost-effective solutions for buyers and reduce environmental chaos!

However, the electric batteries would require a replacement after a stipulated period. So what about the tons of electric battery waste, then? These batteries are the e-waste that can further surge the pollution levels. This calls for a well-framed strategy that can handle the issue!

What is Better Amongst Electric and Fossil Fuel Cars?

When are you creating the list of sustainable cars, which one might be a suitable pick? Experts indicate that the probity of electric vehicles is at a higher node as it would result in lesser pollution levels.

Another benefit of switching to electric vehicles is it decreases pollution levels due to the lithium-ion batteries. The number of gases emitted from fossil fuel vehicles is deteriorating the air quality we breathe. Does this mean that electric batteries are harmless?

Not completely. In simple terms, the source of energy that runs these vehicles is not natural or solar-based. Hence, they tend to wear out after a while and emit higher CO2 than fuel emissions. However, it is still much lesser than emissions from traditional petrol and diesel vehicles. The government is also using ERP software to track data about fossil fuel vehicles and frame strategies to incorporate electric battery cars instead.

Conventional vehicle lines have combustion engines infused with diesel and gasoline. But electric vehicles comprise bigger battery packs, and their life span is much longer than regular laptops or mobile ones.

Electric vehicles have over 2000 lithium-ion batteries, including atoms, ions, and molecules. On charging it every time, there is a replacement of chemical batteries, and some energy gets released. A rechargeable EV battery can smoothly run for almost 1000-2000 miles. However, if it loses its life, there is difficulty charging up the car, and even the battery life drops by 75%.

Compared to other existing substitutes, EV batteries would render moderately lower pollution as some components like copper, nickel, lithium, and cobalt are reusable. However, dumping these batteries in landfills might result in higher pollution levels. Thus, a wiser alternative is to recycle lithium-ion batteries and discard the toxic fumes that could pose a threat to the environment.

Considering the necessity for change and its complexities, people should collectively take responsibility for creating a sustainable environmental system. Rest assured, electric batteries won’t be a bigger concern than the existing conventional fuel-based vehicles. Hoping for a greener and pollution-free environment shortly!