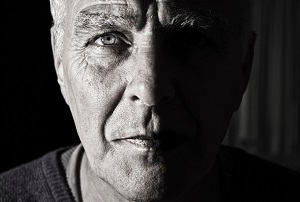 Encephalomalacia is what is commonly referred to as softening of the brain, where the brain suffers from repeated traumas to the soft tissues in it, causing irreversible damage. It is one of the most serious types of brain damage out there, and comes in a variety of forms. Cerebral softening can affect all age groups, and what happens is highly dependent on the part of the brain which is affected.
Types
Red softening
One type of softening is called red softening, as it forms a red colour. The red is formed because of a haemorrhage, which results in blood flow coming back to an area which it was previously barred from.
This type of brain damage seems to be most commonly found when there had been a haemorrhage of some kind around the middle cerebral artery, or the nearest branches of it. Unusually, the affected area is not where the artery itself sits, but is instead found where the capillaries end in the brain tissue. This leads to symptoms which mimic that of a stroke.
White softening
White softening is known as such because they receive little to no blood flow, leading to the area becoming white in colour. Dead neuronal tissue is pale or white in colour, and can lead to further softening of the brain tissue around it.
Yellow softening
Yellow softening, the third type of brain tissue softening, comes from the affected areas of the brain being home to a build-up of plaques, along with a yellow lymph build-up around the choroid plexus. This only happens in specific points of brain damage.
Causes
Encephalomalacia can be caused by a number of different things: either by a stroke, by severe brain swelling which is so bad that it interrupts blood flow to certain parts of the brain, or by removal of tumours. The only really preventable cause of brain softening is serious head trauma, which can be avoided using the normal techniques of wearing a helmet, using seatbelts, and taking care.
Head Trauma Causing Encephalomalacia
A serious head trauma – falling, being in a car accident – can be the cause of a traumatic brain injury, including brain softening. Symptoms of a brain injury include dizziness, vertigo, ataxia, sleepiness, or a coma. Brain softening can be detected in particular through a stroke happening.
Brain softening is, to a certain extent, incurable. Brain tissue does not regenerate, and while the damaged tissue can be removed, it does not cure the injury. There is also the danger of the surgery affecting surrounding areas of the brain. Our best means of treating brain softening is to treat the underlying cause of it, and hope that as much function as possible remains to the affected area.
Brain softening is a serious condition which has lifelong effects on people, and may also result in death if the patient has reached the coma stage. Brain injuries can result in lifelong disabilities and medical problems, sites like Xpertdox, can help you in finding the best hospitals and doctors by this you can start the treatment of encephalomalacia at the early stage.
​