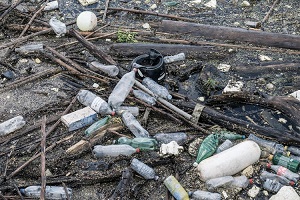 Plastic continues to pollute our oceans and there are no signs of it slowing down. Around the world, we are producing over 300 million tonnes of plastic each year due to its cheapness and versatility when it comes to packaging – creating an environmental problem that needs to be tackled. In 2015, 322 million tonnes of plastic were produced which would equal the same weight as 900 Empire State Buildings!
For that reason, we’ve teamed up with Reconomy, your 8 yard skip and waste management experts who are unbeatable on, to find out more.
The Use of Plastic
We have grown to become very dependable upon plastic to the point where it has adapted itself into our everyday lives, nevertheless, it has been estimated that around 50% of the plastic that we use is only used once and then disposed of. Only 12% of plastic is recycled, ranging from plastic bags to plastic bottles. When we looked to see where the greatest amount of plastic is being used, not surprisingly it came to packaging which accounted for 40% of its use.
Every year, it has been estimated that 500 billion plastic bags are used around the world. However, the UK government has taken a step in the right direction by making large shops (those with over 250 employees) in England charge 5p for carrier bags. But has this helped? Since the scheme was introduced in 2015, England saw that the number of plastic bags used went down by 80% which has benefitted this environmental issue. Currently there is around 5.25 trillion pieces of plastic currently in our waters.
Under the Sea
Dame Ellen MacArthur claimed that the amount of plastic in our oceans will eventually outweigh the number of fish by 2050. Not only does this have a threat on the existing sea creatures, such as turtles (at least 50% have consumed plastic), it also will have a huge impact on their habitats which could cause great damage to different environments below the water and create everlasting problems.
However, it has been reported that more than 8 million tonnes of plastic is dumped into our oceans every year – this is a staggering figure that leads to 1 in 3 marine mammals being tangled in marine litter. It’s also been found that 90% of seabirds have pieces of plastic wedged into their stomachs — a problem caused by those on land affecting those off land.
Around 20% of litter in our oceans come from offsite sites and ships, the rest comes from heavy winds blowing rubbish into the sea and litter from the beaches – however, sometimes there is illegal dumping. Research shows that plastic usually gathers where the ocean current meets, forming plastic islands that sea creatures sometimes use as transportation that could move them far away from their usual habitat.
As plastic contains chemicals and soaks up existing toxins from the air, this can have an impact on not only the sea creatures, but a knock on affect to humans too. After a while, the plastic in the sea will release chemicals and the fish in the ocean will potentially inhale them – resulting in a contaminated food supply chain.
Reducing Plastic Pollution
Depending on the amount of waste you produce, there are different steps that you can take to help better the planet. If you’re a business, the most common and effective way to reduce plastic pollution is to have a waste management service in place that can help you reduce and track the changes your business makes when it comes to waste. However, there are more methods that the everyday person can follow to make a difference: