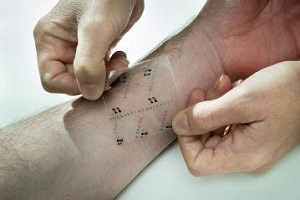 Diclofenac is a common nonsteroidal anti-inflammatory drug (NSAID) that helps reduce pain and inflammation-causing substances in the body. Diclofenac is delivered into the body of the patient using transdermal anti-inflammatory patches. The technique has a higher success rate compared to oral and hypodermic drug administration methods. This article provides information on the benefits of using transdermal anti inflammatory patches.

Transdermal patches are not a new concept in medicine. The system was first used in the United States in 1979 for systemic delivery. In fact, a three-day patch that included scopolamine was delivered through the skin of the patient to treat motion sickness. The success of nicotine patches in the late 1980s also helped popularize the concept of using anti inflammatory patches.

​Transdermal patches are more beneficial to the patient compared to oral and injectable drugs. These patches are absorbed in a controlled manner compared to the latter. They also ensure more uniform plasma drug concentrations. The bioavailability of the drug is improved by avoiding first-pass hepatic metabolism. But there are also some limitations associated with this method right now.

One limitation associated with this type of drug delivery is there can be sensitization or local irritation of the skin at the exact site of the patch application. On the other hand, not all drugs are ideal for transdermal delivery. This method is not suitable for patients who are under shock. The decreased peripheral blood flow could lead to unreliable transdermal absorption of the drug. The drug could be available in high concentrations in the patch for effective transdermal delivery.

Transdermal analgesics are quite popular today. They are commonly used in many areas of pain management. In managing acute pain, the skin patch has two main roles - treatment and preventing the recurrence of the pain. Non-steroidal anti-inflammatory drugs (NSAIDs) are used as skin patches to treat acute pain starting from musculoskeletal injury to many other injuries. Transdermal opioid patches have been used for many years. But they are not recommended for acute pain because of the delayed onset of action and the risk of toxicity.

Transdermal patches are also used to treat chronic pain. Buprenorphine and Fentanyl are available in patch form for this purpose. These skin patches have been available for many years. On the other hand, localized transdermal delivery of drugs is helpful in the management of chronic neuropathic pain. Some of these skin patches include lidocaine and topical capsaicin patches.

Topical NSAID patches are made in such a way that they can penetrate the subcutaneous tissues of the skin and accumulate under the site of application. A lot of research has been done on the effectiveness of these patches. One group of patients noticed a reduction in their ankle sprain after 3 hours of wearing diclofenac skin patches.

Fentanyl skin patches are recommended for palliation of malignant and non-cancer pain. Each skin patch is designed to have a constant plasma fentanyl concentration for 72 hours after the application. An increase in the body temperature of the patient or exposure to a heat source will increase the delivery of fentanyl by at least one-third.

Skin patches are usually prescribed by health care providers based on their number of micrograms per hour of drug released. Buprenorphine patches are another type of skin patch on the market. It's made from a strong opioid derived from Baine. These skin patches are ideal for treating chronic cancer and non-cancer pain.

Topical local anesthetics are also been used in the form of skin patches. It has successfully been used to reduce the pain associated with venipuncture. A topical lidocaine patch (Versatis 5%) is commonly used for the symptomatic relief of neuropathic pain that comes with post-herpetic neuralgia. These patches have succeeded where tricyclicantidepressants and opioids failed. They are beneficial in reducing chronic pain, allodynia, and improving the quality of sleep and life as a whole of the patient. All these benefits come with minimal adverse effects on the patient.

The Future Of Transdermal Skin Patches

Transdermal patches are likely to increase in popularity because of the further improvements in design. Research is being performed to increase the efficacy and safety of the method. There are many technological improvements in the field. Some of them include the utilization of mechanical energy in order to increase drug flow across the skin of the patient. This is done by altering the skin barrier or increasing the energy of drug molecules. Transdermal patches are still an underutilized tool for the management of chronic and acute pain. With improved delivery, the popularity of the method will further increase in the long run.

Transdermal delivery is a non-invasive route of drug administration through the skin of the patient. The aforementioned article provides information on the benefits of using transdermal anti inflammatory patches.