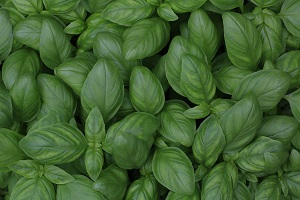 Herbs are most often associated with flavouring our foods. From sage and onion stuffing, to lemon and thyme chicken, the fragrant plants can enhance an endless number of dishes. However, for centuries traditional remedies using herbs and plants have been used by herbalists and apothecaries.
In fact, the Oxford Dictionary defines a herb as ‘any plant where the leaves, seeds or flowers are used for medicine, flavour or scent’. Here, alongside Suttons Seeds, who sell a range of grow your own veg, we take a look at the medicinal benefits of eight common herbs.
Ginseng
Possibly the most wellknown; since it's the most common herb used in Traditional Chinese Medicine (TCM) and has been utilised in treating just about any ailment for thousands of years. With Panax ginseng the most widely studied of this species, it has been found to boost our mood, enhance our memory and increase concentration. As a natural detoxifier, it’s also said to boost our immune system and treat imbalances in our body, including blood pressure, blood sugar, cholesterol levels and hormones.
A word of warning however, as it has been claimed that anyone with heart disease should avoid this herb or consult with their cardiologist due to reported side effects, including heart palpitations and insomnia.
Rosemary
Researchers at Northumbria University found that one of the herbal essential oils from the scentful rosemary plant helps to improve your speed and accuracy when you tackle particular mental tasks. The main chemical constituent in the herb is 8-cineole and by simply smelling rosemary, we are said to be able to score higher on tests and function better on a daily basis.
William Shakespeare famously said: “rosemary is for remembrance,” and the university’s study found that people are indeed more alert when there’s a rosemary aroma in a room.
Echinacea
Echinacea is high in flavonoids and exhibits mild anti-inflammatory properties. It is said to have immune-boosting qualities that promote the activity of lymphocytes (white blood cells) that help eliminate viruses from the body. Promoters of the herb use it to combat an array of ailments, including:
This herb became a popular remedy in Europe and North America in the late 1920s and early 1930s. It was first used as a treatment for the common cold, after a supplement maker from Switzerland discovered Native American tribes in South Dakota had traditionally used it for this very reason.
Sage
The word ‘sage’ comes from the Latin word ‘salvere’ – to save. And it certainly had a life-saving reputation in the Middle Ages, with many using it as a way to try to prevent the Plague.
Modern research has found that the herb may be able to improve our brain's cognitive functions, particularly memory, especially in people who have Alzheimer’s disease - since sage inhibits the breakdown of acetylcholine — an important neurotransmitter which drops in sufferers of the disease.
Basil
One of the most popular herbs for the budding chefs among us is basil, given an Italian flavour to any dish. However, the plant also has anti-inflammatory and antiviral properties that may be useful in supporting osteoarthritis treatment. Currently, it’s also being used to combat digestive disorders and is the subject of studies looking into potential anti-cancer properties.
The essential oils found in basil are a good source of vitamin A, potassium, calcium, iron and magnesium. It’s also thought that basil oil can enhance dull-looking skin and hair when massaged into the skin, provide relief from the common cold and as mentioned above, improve digestion.
Holy Basil
Holy basil is not to be confused with the regular basil plant. This herb is considered to be a sacred herb in India and has been linked with reducing blood sugar levels; thus potentially helpful in diabetes. It has also been used to combat anxiety and any anxiety-related depression, with one study finding it increases certain immune cells in the blood. However, as these studies have been relatively small, it’s anticipated that more research will be carried out to discover the herb’s true healing potential.
Spearmint
The least pungent and subtle of the mint species, this herb originated in the Mediterranean. Its leaves carry menthol and are rich in many antioxidant vitamins, such as vitamin A and vitamin C. It can help tackle flatulence and hiccups, since it has a relaxing effect on the stomach muscles.
Other benefits spearmint is used for include relieving itching, dermatitis and hives when it’s used as a topical cream or lotion. It is also used in aromatherapy to help reduce head pains, fatigue and stress.
Tarragon
Rich in health-benefitting phytochemicals, tarragon has long been used as a remedy to stimulate appetite. In its fresh form, it has one of the highest antioxidant values of common herbs. Studies have found that it helps to lower blood sugar levels and compounds found in the herb can inhibit platelet activation and prevent adhesion to the blood vessel wall. This can help prevent clot formation inside blood vessels in the heart and brain, which can protect from heart attacks and strokes.
In dentistry, tarragon has been used as an antiseptic for toothache, while tarragon tea is thought to help those with insomnia.
It’s clear that the list of herbs with medical benefits is lengthy and above covers eight out of that long list. Studies will continue to be carried out to firmly understand all the positive effects of the herbs available to us. So, now is as good a time as any to head to your local supermarkets and stock up on those all-important herbs!
Sources:
http://naturalsociety.com/6-herbs-boost-brain-power-genius/
https://www.bbcgoodfood.com/howto/guide/healing-power-herbs
https://www.medicalnewstoday.com/articles/252684.php
https://gizmodo.com/5888953/sniffing-rosemary-makes-you-smarter
http://www.vitaminstuff.com/herbs-ginseng.html
https://www.northumbria.ac.uk/about-us/news-events/news/2016/04/herbs-that-can-boost-your-mood-and-memory/
https://www.healthline.com/nutrition/10-healthy-herbs-and-spices#section3
https://wellnessmama.com/1092/herbs-spices-benefits/
https://www.organicfacts.net/health-benefits/basil-essential-oil.html
https://www.nutrition-and-you.com/healthy-herbs.html
​