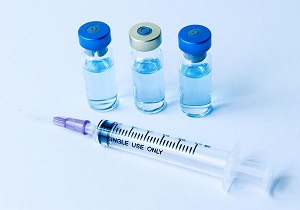 
I have concerns about immunisations in general because I suspect they result in an overall gradual erosion of the immune system. This is compounded by excessive use of antibiotics, excessive use of hygiene (mothers who bring up their children in squeaky clean environments put them at high risk of allergy and asthma), the depletion of micronutrients in our diets as a result of modern food choices and agriculture techniques and the exposure to toxins such as pesticides and heavy metals.

There are some vaccinations which I believe are essential such as polio, tetanus, diphtheria and possibly whooping cough. They have also been around for a long time and we think we know the problems. I think that the evidence for other vaccinations is less certain and each case needs dealing with individually. Hepatitis B is a difficult one and should probably be given to 'at risk' groups. I am particularly concerned about vaccinations which are given altogether such as for example MMR. Nowhere in nature is one likely to meet up with several viruses in one go and I think this may explain some of the problems which follow vaccination. As a general principle try to be as healthy as possible on vaccination day!

Vaccination and CFS. Vaccinations are a two edged sword because whilst they have the potential to prevent illness, they can certainly cause flares of CFS. Indeed I have several patients with CFS dated from vaccinations such as flu or hepatitis B. However usually this has been on the background of overwhelming stress

MMR vaccination: I think the evidence that the MMR vaccine causing autism is strong and I would not like to use this mixed vaccine in any child. In any case it is a complete waste of time giving rubella to boys and mumps to girls. Girls do not need rubella vaccination until they are sexually mature and by this time they will have had a good chance to have the infection and be naturally immune. Measles is a nasty illness and there probably is a case for vaccination young, but not in combination with the other viruses.

The trouble in UK is that the Government has banned the use of the individual vaccines measles and mumps. However with a doctors letter it is now possible to get these vaccinations individually. They can be ordered through IDIS 0208 410 0700.

Gulf War Syndrome. GWS is a classic example of a CFS with several causes. One probably cause was the many vaccinations that the soldiers received in one day. Some said they had 14 injections at one session. It is perfectly possible that this could have caused some sort of immune disruption resulting in CFS.

So we have swapped one problem for another, less polio paralysis, but more post viral syndrome.

My concerns about vaccinations. My philosophy is always 'mimic Nature'. A vaccination will never produce the same strength of immunity as getting the real infection. My worries are: The insidious erosion of the immune system. Giving vaccinations may block very useful cross immunity to other viruses. For example there are some viruses which cause cancer. I do not wish to inadvertently block immunity to one of those! We are constantly meeting new viruses and our bodies have to learn to cope with them.. We have no idea of what long term problems we are storing up.