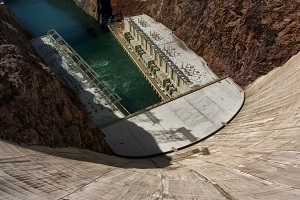 Picture this: You’re running low on fuel and you only just get to the gas station to fill up. But when you got there, you find there’s no petrol. They’ve run out. You head to another station and the result is no different. Earth is running low on fuel so you can’t fill up your tank. This may seem like an absurd idea. But the sad truth is, it might actually happen in the next 10 to 12 years if we don’t change our energy habits.

Most of the energy that’s currently being used comes from fossil fuels such as oil, coal and gas, which is eventually going to run out. If we want to carry on living the same way, we need to switch to greener fuel supplies or renewable energy. Some types of renewable energy that might be available to you or your business are discussed below:

As long as the sun comes up every day, we’ll be able to source the heat and light that comes from it. Solar power can be used in two ways – electric and thermal. Electric solar power means taking energy from the sun and converting it to electricity that’s stored in solar cells. This technology is more commonly known as photovoltaic. Thermal solar power refers to absorbing the heat of the sun into hot water systems or using that energy to heat buildings. Solar energy is available in the majority of locations, but it can be an expensive investment.

Wind energy is another renewable energy source that might be available to you depending on where you live. Wind is (obviously) present everywhere and its power can be captured using turbines. These turbines generate electrical power when they spin. Although wind energy isn’t a practical option for most homeowners, it can be used for wide-scale applications. Since wind energy uses the power of the wind, it’s pollution-free.

Any energy produced from a living organic matter such as animals or plants is referred to as biomass energy. Fuels like biodiesel and ethanol come from biomass. Biomass fuels are considered carbon-neutral, which means that they don’t put any CO2 into the atmosphere.