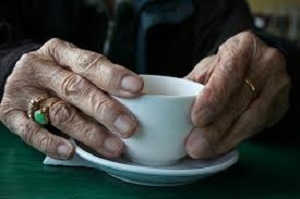 The fact that people in the UK are living longer is a cause for celebration. Yet the improvement in life expectancy is bringing about challenges. How do we look after people in their twilight years and how do we pay for this?

With an ageing population comes an increased need – and focus – on caring for the elderly. Yet this really is not cheap. An average year’s stay in a care home can cost about £30,000. As The Telegraph noted, in some regions that can be even higher and make a care home more expensive than staying in a luxury cabin on a cruise liner or the fees for a year at Eton.

Yet while the expensive cruise and the Eton education might be the preserve of the super rich, elderly care might be an essential service that any of us – or indeed our relatives – may need.

So why do we pay so much for the care? It’s said that about four million older people have care needs in the UK – which is in the region of half of the people aged over 65. Yet, among that group, only 850,000 people currently qualify for state help. The vast majority, therefore, need to pay for the cost themselves.

Of those, just under half receive their care in their own home and a little over a quarter need to be in a care home or nursing home. Day care, meals on wheels services and tweaks and changes to peoples’ properties help serve the rest. Many also rely on their family for assistance.

It’s clear, though, that there are a lot of people with a lot of different care needs. Not only that but care homes themselves are often struggling to make enough money.

Last year it was said that more than a quarter of care homes are in danger of going out of business while the inability of local authorities to help fund services – with their own budget cuts to cope with - is also taking money out of the system. As a result, the number of care homes in England has fallen from 18,068 in September 2010 to 16,614 in July 2016.


Quality of Care and the Cost of Providing It

It is undeniably expensive to provide care. Care homes have done much to shed their poor image and have to comply with the requirements of the care quality commission, which inspects the facilities. Step inside the doors of a care home today and you should see modern surrounds, with leisure activities provided on top of meals and healthcare.

The recent steps to increase the minimum wage will also mean that staffing such a facility has risen too.

In-home care too requires highly-trained professionals travelling around to offer specialist support. Their time is, out of necessity, expensive. As The Money Advice Service states, people can expect to pay £15 an hour for a carer, or up to £150,000 for round-the-clock care.


Moves to Cap the Cost of Care

With no state intervention the market is free to set the price of care. The Government has, however, decided to step in to try to help people who are concerned about the spiraling cost of care – with many families currently feeling that they have no choice but to sell off a home to fund this.

The Government’s plan is that, by April 2020, the amount people will have to pay for care will be capped at £72,000. This is, however, if you are assessed to have high needs by your local council and based on a rate they set for your care (not necessarily what you pay). It might also mean a continuing cost of £230 a week even after the cap is reached.

It’s thought that one in eight people will actually reach the cap and it remains to be seen if this has a wider impact on bringing the cost down. It’s clear, though, that the state is due to have a greater role in reigning in the cost of care for our ageing population.

Maff
My wife and I separated when our daughter was 12-18 months. She is now 3 years old and the happiest ...
The Mental Health Effects For Children Of Div...
about 5 months ago

Gacess99
The child life is very simple and innocent and divorce is effect on child's life as emotion and ment...
The Mental Health Effects For Children Of Div...
about 5 months ago

Stone
I believe that divorce rate increases have also been caused by simplification of divorce filing proc...
The Mental Health Effects For Children Of Div...
about 11 months ago

Guest - Nicci Skincare
Thank you so much for these insights, you're gonna change so many lives!
5 Ways to Help Treat the Most Common Addictio...
about 11 months ago

Guest - James
This was a really great article on hazardous waste management. It was very informative and gave grea...
Hazardous Waste Management
about 11 months ago