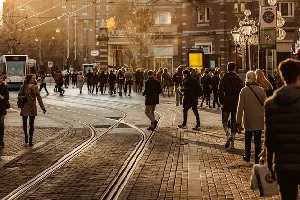 Vehicles are one of the main contributors to pollution on a global scale, causing significant damage to the environment and our health with carbon monoxide, nitrogen oxides and other harmful gasses. Last year, the city of Oxford UK announced plans to implement the world’s first zero emissions zone by banning all diesel and petrol cars from the centre by 2020. The city council also plans to introduce clean air zones for drivers, with the aim of improving public health.
The move has been met with a positive reception from other UK city councils, who plan to copy the move by implementing their own clean air zones within the next few years. Here, we’ve taken a look into what a clean air zone is and whether they will be effective in reducing carbon emissions.
1. What is a Clean Air Zone (CAZ)?
First, let’s look at what a clean air zone is and what the government aims to achieve by introducing them. The government defines a Clean Air Zone as “an area in which targeted action is taken in order to protect the environment and improve air quality”.
The zones have been designed to reduce pollution levels and improve the respiratory health of the UK’s city dwelling populations. The proposed plans involve access restrictions in certain city zones to encourage cleaner vehicles on UK roads and reduce pollution levels. Due to their high pollution outputs, busses, HGV’s and taxis will be the first to be charged for entering the zones – however, the charges will not apply to private cars just yet.
2. Will the Zones Effectively Reduce Pollution in City Centres?
The UK isn’t the first country to tackle air pollution in this manner. Clean Air Zones are already in place in London and Germany. Studies in Germany found a significant reduction in particulate matter (small air particles that can get into the lungs causing health problems) levels throughout the zones. Further research in London found that particulate matter levels had fallen by up to 3% over a five-year period within the zones, compared to just 1% outside.
As to whether the zones will be effective in reducing air pollution, opinions are split. Research into the topic is still ongoing; some studies have suggested that air pollution levels within the zones is only improved at the expense of the areas surrounding them. This could be due to drivers choosing to take alternative routes or driving further than usual in order to avoid incurring the charges.
Scientists remain optimistic, however. Dr Garry Fuller, an air pollution specialist, states that air quality will be improved with the introduction of the new Euro 6 standard for diesel vehicles which will be implemented in London in 2019. So far, the evidence is mostly positive and suggests that air quality levels will improve once the zones become more widespread.
Studies also show that people have been looking into buying more eco-efficient used cars or new cars in areas where the zones have already been introduced. In addition, electric vehicle ownership has risen significantly in the UK over the past decade, along with related services such as EV charger installation.
3. Where Will the Zones be Located?
The cities included in the plans have been selected by the UK government according to which ones currently have the lowest air quality in the country – they hope to lower the nitrogen dioxide levels by a considerable amount, bringing them back in line with legal guidelines.
The UK cities which have been selected to introduce clean air zones are:
Several other cities are currently awaiting approval, including:
4. How Will Car Owners be Affected?
The charges will ultimately be decided by local councils and authorities and not all of the zones will have fixed fees. Penalties will not be compulsory for Clean Air Zones either, however, councils which do decide to implement charges will have the right to charge penalty fines if drivers do not comply with the zone charges. The city of Bath is currently assessing the impact of a clean air zone charge, with suggested charges for high emission cars ranging from £3 to £13 per day to drive within the zones.
Vehicles which meet the definition of ultra-low emission (fully electric vehicles, for example) will not have to pay entry fees. Other vehicles will be separated into different classes and charges will apply depending on which class they are in.
Although the charges are yet to be completely finalised, we now know that they will be issued depending on what class your vehicle falls under. The four classes are: A. B. C and D and have been selected according to vehicle type, emissions and euro standard. The government has released a report outlining the Clean Air Zone framework, so you can check which category your vehicle will be in.
​

Guest - Matt
Eight years after contracting EBV and two years after coming down with CFS I'm giving nimodipine a t...
Nimodipine: Treatment for Chronic Fatigue Syn...
about 1 week ago

Guest - Julia fuhrmann
Hi I started the drug nimtop at the suggested dose 1/4 tablet I'm scared to proceed because it made ...
Nimodipine: Treatment for Chronic Fatigue Syn...
about 1 month ago

Guest - PROMISE
I’m back to normal life…. Of course you must quit smoking. Start using herbs instead of drugs….do yo...
5 Home Remedies to Ease Shortness of Breath
about 1 month ago

Richard_Bell
What is Adrenal relief exactly?
Is it used for treating Chronic fatigue syndrome or HIV ?
Chronic Fatigue Syndrome and Non-HIV AIDS
about 1 month ago

Guest - samhank
This post was really helpful, thank you for sharing. I have been studying Physical Therapy. It is a ...
8 Recommended Tips for Students to Maintain H...
about 1 month ago