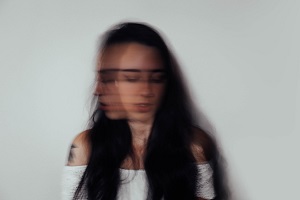 Generally speaking, their “worry-fits” will last far longer than the average person - sometimes hours, days, or even weeks.

Insomnia is often a symptom of a greater disorder, and it’s a common symptom in those with chronic anxiety. It can manifest simply as a result of generalized anxiety over upcoming responsibilities or current problems, but it is usually greatly exacerbated by something “major” such as an upcoming speech or a recent social or work-related disaster.

It’s not uncommon for some people to spend 10+ hours in bed without getting any sleep at all.

While many people with chronic anxiety have a general anxiety about life, those with phobic anxiety have very specific fears. Some common fears would be:

Many people with phobic-anxiety experience more than one phobia.

It’s perfectly normal to have some sense of anxiety before large public gatherings or before giving a speech. However, those with social phobia will go out of their way to avoid these situations, sometimes exerting a lot of effort in the process.

Someone with social phobia will, if they absolutely have to give a speech or presentation of some kind, worry about the upcoming event for days or weeks, losing sleep and the ability to function normally. During the event, they may display symptoms like trembling, sweating, flushing, and other signs of anxiety. After the event, they will likely dwell on it for some time, specifically about how they were regarded by those listening to them.

Psychosomatic is defined as: (of a physical illness or other condition) caused or aggravated by a mental factor such as internal conflict or stress.
This usually comes in the form of chronic indigestion, irritable bowel syndrome, headaches, muscle tension, and fatigue.

A panic attack is different than simply “feeling anxious” - rather, it’s what happens when anxiety reaches a crescendo. One of the most defining symptoms of a panic attack includes the fear of some kind of “break”, either physically or mentally. People undergoing a panic attack often feel that they will faint, go insane, or possibly even die.

Fortunately, a panic attack itself has never caused any of this and is virtually incapable of doing so. Instead, it will simply manifest in the following symptoms:

Panic attacks can be triggered by a number of different factors.

Anxiety May be Hurting Your Health

It’s possible that anxiety can take a toll on your overall health. This is just one reason why, if you believe you are suffering from a chronic anxiety disorder, that you seek ways to cope with it and live a calmer life.

Anxiety doesn’t have to hold you back in life. There are a number of treatments for chronic anxiety disorders, both conventional and holistic. The first step, however, is recognizing the problem in the first place. Only then can you set out on your path to a better life.