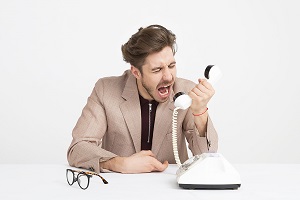 Unfortunately, bullying doesn’t stay in the playground. A recent study has found that 75% of workers have been affected by bullying either directly or indirectly. For the victim, bullying can be very stressful, humiliating or intimidating and often results in poor mental health.

If you are the victim of bullying in the workplace, there are things you can do. It is often helpful to understand that findings have shown that bullies will target someone that they perceive as a threat to them or their position within the workplace. Bullies often see everything as a competition and while they may be skilled at manipulating or controlling others, they do not feel competent enough to compete on their own merits.

However, an understanding of the situation does not make it any less distressing for the victim of bullying. It is important to take the appropriate steps to tackle bullying as soon as you become aware of it.

Remember that bullies often lack confidence in their own abilities and their mistreatment of you is intended to make you feel small. This in mind, it is important to stand tall; voice your concerns to your bully as soon as the mistreatment begins. Point out to them where they have made you feel uncomfortable and suggest a more productive approach.

Remind them that it is important for colleagues to treat one another with respect and that working together towards the common goal will help you both achieve that goal much quicker. Unfortunately, for cases where bullying has been going on for a while and the balance of power is already askew, it may be too late for this.

Record as much information as possible about all your interactions that involved bullying. Include details such as who was there, what was said, where it was said, dates, times and any evidence such as emails and text messages. Gathering concrete evidence of everything that is taking place puts you in a much stronger position for dealing with your bully.

Check What Policies Are in Place

Find the section in your staff handbook which outlines the company policy on bullying and harassment. Should you decide to make a complaint, it can strengthen your position if you can provide detailed documentation of events that have occurred. While bullying itself is not illegal, your situation may qualify as harassment or fall under another legal umbrella. It is worth seeking out legal advice as although filing for compensation for a personal injury is often seen as a last resort; there are often different options available to you.

Report the Bullying to HR

While it is a good idea to take your complaint to HR, you should be well prepared first. As mentioned above, details of times and events as part of a journal you have kept documenting the bullying is a good start. Depending on the circumstances, it may be a good idea for you to make a case as well as a complaint. Consider costs to the company in terms of lost resources, absenteeism, lost productivity. It is in the interest of your employer to stamp out workplace bullying as much as it is your own.
​