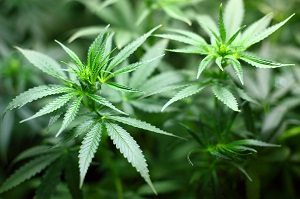 Marijuana use is up for great debate all over the country due to its quick shift from a criminal act to a completely socially acceptable form of recreation. It’s long been argued that the effects of smoking or eating marijuana through baked goods create less intense negative effects than drinking alcohol. On the other hand, it can be much more dangerous because it’s unregulated. In large doses, marijuana can cause hallucinations, delusions, and psychosis.
Regardless of the government stance on legalizing marijuana, people who use the drug are susceptible to marijuana use disorder. Some people don’t believe that marijuana can become addictive, but severe cases can lead to a full blown addiction. Another worry is that marijuana is a gateway drug that will lead to the use and then addiction to more dangerous drugs like cocaine, opioids, or heroin.
When someone smokes marijuana, the THC travels from the lungs and is carried into the bloodstream. The chemical makes its way to the brain along with other organs throughout the body. When marijuana is consumed by eating or drinking, the affects are felt more slowly. Some of the effects as reported by DrugAbuse.gov are:
It’s true that most of these can be stated for alcohol consumption as well, which is less debated when it comes to legalization policies. DrugFreeWorld.org writes that the following symptoms are short-term effects of drinking alcohol:
Short-term effects of both alcohol consumption and marijuana consumption can create a dangerous environment for the user and those around them. Both of the drugs can cause problems with brain development in younger users. Some might say it’s unfair that marijuana is shone in such a negative light, but the reality of it is that not much good can come from recreational use. The examples cited where THC has the ability to help people suffering from chronic pain or illness is different than those people or teenagers who chase the high.
The use of marijuana can in fact lead to an addictive disorder. Sure signs of an addiction include seeing health related problems or social problems related back to the drug use. When it’s impacting their life and the user is still not willing to quit, addiction is present. Studies show that somewhere between 9-30% of marijuana users will eventually develop a marijuana use disorder. This is even truer for those who start using before the age of 18.
Those who regularly use marijuana as compared to people who don’t use marijuana are reported to suffer from the following according to DrugAbuse.gov:
For anyone trying to quit marijuana, the withdrawal symptoms are must less severe than those of harder drugs. People usually experience things like moodiness, a change in sleeping habits, change in appetite, anxiety symptoms, and of course cravings. There are even treatment facilities like Nexus that treat marijuana use disorder. These facilities will utilize healthcare professionals and therapists with specializations in addiction recovery. Getting treatment for a marijuana disorder is an excellent step in the right direction because without attention, the users addiction could lead them to more dangerous drugs use.
No matter what the law says, addiction will always be a real problem. Don’t be afraid to reach out for help before it gets worse.
​

Guest - PROMISE
I’m back to normal life…. Of course you must quit smoking. Start using herbs instead of drugs….do yo...
5 Home Remedies to Ease Shortness of Breath
about 1 week ago

Richard_Bell
What is Adrenal relief exactly?
Is it used for treating Chronic fatigue syndrome or HIV ?
Chronic Fatigue Syndrome and Non-HIV AIDS
about 2 weeks ago

Guest - samhank
This post was really helpful, thank you for sharing. I have been studying Physical Therapy. It is a ...
8 Recommended Tips for Students to Maintain H...
about 2 weeks ago

Guest - Emme Eve
Very useful information! One of the best ways to handle mold is to prevent it from entering the home...
5 Step Environmental Mold Removal
about 3 weeks ago

Guest - Sydney Houston
Great article, thank you EiR! I wish to add that with a regular septic tank pump out schedule, you c...
Ways in which you can contribute to the wellb...
about 3 weeks ago