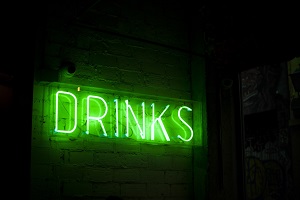 The people that are trying to quit drinking have had a life where they have been dependent on drinking for quite some time, and they have had to get up with a lot of courage in realizing that they have been missing out on some parts of the life that could only be enjoyed when they have quit drinking. This epiphany has led them to try and quit drinking, and so they join the alcohol rehabilitation centers so that they can have professionals handle them while they go cold turkey and face all the withdrawal symptoms there.
Why Alcohol Rehab Centers?
One is never advised to quit smoking and that too by going cold turkey at home, and the reason is that the withdrawal symptoms can turn out to be deadly in case the people are not taking care of them professionally. And so the alcohol rehabilitation centers are there with professionals and trained staff that know how to go about the newcomers that have come there to quit drinking and begin to live a healthy life for that matter then.
What Happens After Quitting?
There are a lot of withdrawal symptoms that follow when one quits drinking all at once. There are these symptoms because the body is dependent on alcohol, and all of a sudden, the person is depriving the body of that pleasure.
Many people that are binge drinkers are so because they have built up a tolerance level and to get the same feeling they increased the dose day by day, not realizing that they are drinking a lot of alcohol and then they become addicted to it.
Alcohol Withdrawal Symptoms
Why is Professional Help Necessary?
A person that has built up so much of tolerance and is a binge drinker cannot stop drinking all at once because there might be some deadly consequences to that.
That is why there are alcohol rehab centers where there are professionals that help these people quit by limiting the dosage and decreasing it with time.
The body is not completely detoxified for a long time in this scenario because they drink alcohol until they reduce the tolerance level. And also the withdrawal symptoms are not such that can be handled at home.
There might be a need for medical assistance at any unexpected hour, and being at an alcohol rehab center takes care of that. All the patients are monitored 24/7 for their medical needs and withdrawal symptoms too.