Are sunlight and vitamin D good for chronic fatigue syndrome? 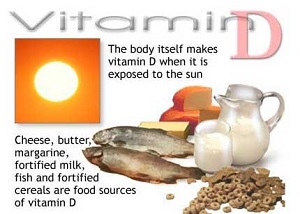 Tomorrow is the longest day of the year and the official start of summer in the northern hemisphere (Sorry Aus/NZ etc!). Here in the UK the longer days mean that at least there is more chance of there being periods of clear skies while it is still light!

So I thought this would be a good time to discuss sunshine and vitamin D in relation to chronic fatigue syndrome (ME/CFS) as there seems to be some disagreement over  how vitamin D metabolism is affected in patients and whether extra, either from sunlight or supplements, is needed.

From a personal perspective, as part of my illness I suffer from seasonal affective disorder (S.A.D.) which is also known as winter depression. For a number of years I would become suicidally depressed during the winter months and then my mood would lift substantially from late March. After a few years of this it became obvious that lack of light in winter was the problem so the next year I made an effort to wake up at dawn to maximise the amount of light I was getting. Sure enough my mood remained much better and more stable and I was actually able to enjoy the winter with Christmas and snow and everything else once again! It wasn't just my mood that was affected however as physical symptoms such as the aches and pains characteristic of ME/CFS were also much better. Obviously I wasn't outside sunbathing in winter so the benefits here were likely due to the affect of light on the pineal gland, melatonin and serotonin production, and regulation of the sleep-wake cycle rather than anything to do with vitamin D.

In summer however, when my skin is exposed to the strong sunlight, I also experience very noticeable benefits and these are likely due to the production of vitamin D by my skin as it is hit by UVB radiation. I experience more energy, greater motivation, better sleep, and again fewer aches and pains. The benefits increase the longer I am out in the sun and really are very distinct and noticeable.

What evidence is there that sunlight and vitamin D are good for ME/CFS patients?

Many anecdotal reports from ME/CFS patients suggest that vitamin D supplements or increased sunlight exposure are of benefit. Some useful links on this subject are:

What evidence is there that sunlight and vitamin D are NOT good for ME/CFS patients?

Given the above I assumed that as a ME/CFS sufferer I was doing myself good by spending as much time in the sun as possible and eating a diet high in vitamin D rich foods such as oily fish: a diet which is generally very healthy. After all I felt much better when I was in the sun! I began to doubt this assumption only when I came across information about the Marshall Protocol (MP).

The MP is based on the idea that ME/CFS is the result of overactivation of parts of the innate immune system (TH1)  which results in chronic inflammation. This immune system dysfunction is said to result from chronic infection with cell wall deficient organisms (CWDs) which are able to hide within cells and evade the immune system.

Where does vitamin D come into it?
As a result of the overactive immune response macrophages (large immune cells that gobble up invaders!) convert the inactive form of vitamin D (25 D) into the active form (1,25 D). This results in abnormally high levels of 1,25 D which interfere with the functioning of the immune system further as well as causing dysfunction of other bodily system which are regulated by vitamin D (there are many!). The high levels of 1,25 may therefore contribute to the symptosm of ME/CFS either directly or indirectly.

What of the research showing low vitamin D in ME/CFS patients?
Most research that has looked at vitamin D levels in ME/CFS has only tested levels of 25 D and has ignored 1,25 D. According to Dr. Marshall and colleagues this has led researchers to incorrectly conclude that patients have a vitamin D deficiency and recommend supplementation. What is actually happening they say is that any 25 D synthesised in the skin or obtained from the diet is immediately converted into 1,25 D by macrophages due to the chronically overactive immune response.

The Marshall Protocol - Avoid Vitamin D!
Dr. Marshall developed a treatment protocol for ME/CFS and other chronic inflammatory conditions based on this vitamin D dysregulation. The MP involves the use of low dose antibiotics to kill the CWDs, immune modulators to correct the immune response, and avoidance of sunlight and vitamin D in the diet to bring levels of 1,25 D back to normal.

At first I was sceptical of this approach, mainly because I felt so much better in the sun. The MP literature however suggests that this may be due to temporary suppression of the immune system components which are trying to fight the CWDs by even higher 1,25 D levels. The more I learn about the MP the more it makes sense. I have to say I am put off a little by comments such as the following on the offical MP website by a nurse involved in the ongoing MP research project:

"Keep in mind also, that the ingestion of Omega 3 fatty acids is promoted to decrease inflammation without the realization that inflammation is caused by intracellular bacteria. Dietary supplements have not cured anyone but the MP will help you recover your health."

This is an extremely arrogant statement considering the MP is experimental and has not been proven in large trials of patients to be effective. It is not strictly factual as Omega 3 fatty acids have been shown to be an effective treatment for ME/CFS in studies by researchers such as Professor Basant Puri. I found this arrogant attitude throughout the MP website and it is a big turn off for me but still it does not detract from the logic behind the protocol.

I would like to see a lot more research into vitamin D levels and the MP specifically for ME/CFS and hope to get my own 25 D and 1,25 D levels tested when I can. Until then I will play it safe try to spend only moderate time in the sun and not overdo the vitamin D rich foods and supplements.

It would be great to hear from anyone who is on the MP protocol or has recovered through using it. Please leave a comment below!

A Comprehensive Guide to Health Benefits of Vitamind D and the Best Food Sources (@ jenreviews.com)