Posted by Maff Posted on Friday, 04 September 2009 in EirBlog 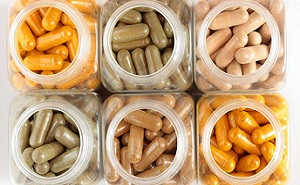 When it comes to what is variously known as intestinal yeast overgrowth, fungal-type dysbiosis, gut fermentation syndrome, or simply Candida, it is safe to say that prevention is much simpler than cure. Ignored by the conventional medical establishment, people affected by this condition often struggle to treat themselves to alleviate their many symptoms which can range from fatigue, muscle aches and pains, and general malaise to cognitive symptoms such as poor concentration and memory, and mood disturbances including depression, anxiety, irritability, restlessness, and mood swings. Most of these symptoms are likely the result of the chronic absorption of toxins produced by Candida (or whatever fungal organism is the problem),  primarily ethanol and acetaldehyde, and the consequences these substances have on metabolic functions.

To avoid developing this awful condition in the first place measures must be taken from before a baby is born. The gut microflora of a child is inherited from its mother so it is essential that the mother's own microflora is as healthy as possible. Things to avoid include unneccesary antibiotics (particularly broad spectrum types), the contraceptive pill, and drugs which suppress the immune system such as steroids, along with a high sugar diet. Things which can be beneficial include yogurt and foods containing probiotic bacteria such as kefir, probiotic supplements, and prebiotic foods and supplements. Prebiotics are special sugars which feed the probiotic bacteria in the gut. Foods high in prebiotics include onions, garlic, chicory, asparagus, and artichoke. Prebiotic supplements usually contain fructooligosaccharides (FOS) and/or inulin. It is important that infants are breastfed for a significant amount of time (at least 4-6 months) as breast milk contains prebiotics and other substances which encourage the growth of beneficial bacteria and ensure the child develops a healthy gut microflora and immune system.

Should you or someone close to you be unlucky enough to suffer from Candida information about how to treat it can be confusing and contradictory. A lot of this is because the condition is not yet accepted by conventional medicine so research is limited. However, research based on Candida and fungal infections that are accepted (such as those associated with AIDS and other immunocompromised patients) can point us in the right direction.

Candida and other yeast/fungal organisms that cause disease in humans are very efficient at evading drugs used to kill them. They quickly develop mechanisms to defend themselves. One research paper published in the Lancet (Sanglard & Odds 2002) explains that Candida species achieve this via "expression of efflux pumps that reduce drug accumulation, alteration of the structure or concentration of antifungal target proteins, and alteration of membrane sterol composition." Essentially what this means is that Candida cells pump the drugs back out of themselves, and alter the structure of proteins and cell membranes which the drugs target, so they no longer work.

The rotational approach has been championed by natural healers such as David B. Schlesinger, L.Ac of modernherbalist.com and Dr. Michael Biamonte. The idea is that by using typically 4 different natural antifungal remedies one at a time for 4 days before switching to the next, and so forth, the Candida does not have time to adapt and develop resistance.

Modernherbalist.com has this to say on the subject:

"The reason that clearing such organisms from the system can be so difficult, is the inherent ability of most parasitic organisms (including Candida albicans) to adapt to exposure to almost any potential poison that they come in contact with, by means of a mutation process.

The utilization of a rotatational method of administration of the antifungals undermines these organisms' adaptive survival mechanisms. They simply cannot mutate rapidly enough to keep up with the constantly changing array of antifungals that they're being exposed to."

While all of this certainly makes sense, and judging by the chatter on internet forums is effective for many people, I cannot find much science to back it up.

The other alternative is to combine antifungals and use more than one at the same time. Research has shown that certain antifungal agents used together can have synergistic effects - this means the overall Candida/yeast fighting activity is even greater than if you added their individual activity together.

For example, a recent study found that the common antifungal drug nystatin and oregano oil worked synergistically to give a much more powerful antifungal effect than either alone (Rosato et al 2009). Given that both nystatin and oregano are widely available (nystatin by prescription) and relatively cheap, this could make for a very attractive Candida treatment approach backed by scientific study. It seems likely that Candida and other yeast would be unable to adapt to concurrent attack by different antifungals that use different mechanisms to kill the organism.

I will let you do your own research now but I hope I have given you a good primer and a good idea of what to look for...

To find medical studies I find the easiest online tool to use is Google Scholar.