Mold as a Possible Cause of Chronic Fatigue Syndrome

Posted by Maff Posted on Friday, 02 December 2016 in EirBlog 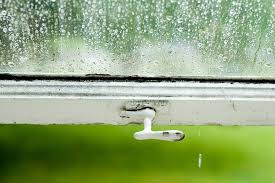 As regular readers will be aware, I was unlucky enough to be struck down with a chronic illness as severe and life-changing as chronic fatigue syndrome (ME/CFS) at the age of just 11 years old. But was it really just "bad luck" or did environmental factors - specifically toxic mold exposure - play a role? This is something I've been considering carefully lately and wish to share with you.

Being just a child at the time, I obviously wasn't concerned with the "hows and whys" of what caused this annoying and frustrating illness, or the ramifications it would ultimately have for me and my family. All I wanted was my family doctor to give me some medicine to cure whatever was wrong. He had of course done so many times before for the recurrent ear, nose and throat infections I'd experienced growing up (mold-related themselves perhaps?).

Surely I'd be back riding my BMX on the street and playing in the school football team with my friends in no time?

Ah, the innocent naivety of youth!

Now however, more knowledgeable and with somewhat(!) different priorities aged 37, I can look back at that time with the aim of identifying factors that contributed to the ill-health that has shaped my entire adolesence and adult life.

As is typical with ME/CFS my chronic illness began following a stubborn viral infection, hence it alternatively being dubbed 'post-viral fatigue syndrome'.

What has become clear looking back with hindsight though is that another disease-causing, toxic and insidious organism was very likely to have played a role by weakening my immune system, for example; of course... you've got it - I'm talking about mold!

Now, in case you're thinking "where's he plucked that idea from?" or maybe "this guy's just jumping on the latest bandwagon!"- let me fill you in on some key information I'm basing the possibility of chronic fatigue syndrome being a mold-related illness on:

- Firstly, I grew up prior to becoming sick in a house built in the 1930s on land that was previously marshland - not a good start. If you want to keep a house dry and free from damp and mold growth, the last place you'd want to build it is on wetlands where birds such as cranes and herons go to fish!

- It's also reasonably safe to say 1930s houses would not have been designed and built with damp-proofing as a priority and there certainly wouldn't have been any consideration of mold-proofing beyond cosmetic considerations. I'm pretty sure nobody laying the bricks was thinking about fungal spores and what they might do to a young boy's health when he breathed them in fifty years later...

- Where I grew up was cold and wet for half of the year and my bedroom window was metal-framed, and significantly, only single-glazed. Every morning I'd wake up and not be able to see outside for the condensation, not to mention there'd be water pooled on the window sill. The house was always kept clean by my parents but I do remember seeing black mold around the windows in those years before I became sick. Just imagine the number of toxic mold spores I was inhaling while I slept every night - enough to give you nightmares, right?

I could go on thinking of things about my childhood house, such as a leaking flat roof to part of the property, that in hindsight made it a breeding ground for mold - but truthfully it's starting to make me feel bad for my parents who obviously thought they were giving us the perfect family home!

Aside from that there remains something I've yet to tell you that has really forced me to reassess things based on my environmental surroundings as a child and consider mold as at least a significant contributor, if not direct cause, of me developing chronic fatigue syndrome ...

Aside from myself, both my mother and sister were diagnosed with ME/CFS shortly after I was, so was our neighbor next door, so were at least half a dozen people who lived on adjoining streets and cul-de-sacs over the proceeding years (that we know of); undoudtedly there are many more we don't know of than we do.

Although some of us can pinpoint the "start" of our ME/CFS to viral infections, an equal number had no such infections. Based on what we know, the sole common denominator would appear to be our shared environment, rife with damp and mold growth. For me, it may have been fun to play in the remaining areas of marsh, adventuring and going home with newts and tadpoles as a kid, but I'm convinced although we lived in a nice neighborhood, the houses were plagued by mold - and as a result a large proportion of residents developed a mold-related illness - chronic fatigue syndrome...


As a postscript to this article I've intentionally not delved into the science of mold, including its toxic effects and role in allergies and sinusitis, nor have I looked at ways of dealing with mold in your home or treating symptoms of mold-related illnesses; the simple reason being I intend to cover these subjects in detail in a series of follow-up posts to the EiR Blog in the coming weeks and months.

However in the meantime, through looking into mold and mold-related illness I came across a great personal blog written by a former magazine editor, Catherine Fruechtenicht, about her and her family's battle against mold-related illness and also a fantastic company - Micro Balance Health Products - that produces a great range of science-based natural products to treat both the symptoms, and more importantly, the root causes of mold allergies, sinusitis and other mold-related illnesses; they also have products to help rid your home of mold and keep it gone - something myself, my family and our neighbors could have used all those years ago!

Both Catherine's blog - How to Clean for Mold - and the Micro Balance Health Products website provide a wealth of information on the science of mold, hints and tips for dealing with it, personal experiences, and so much more, so please check them both out to learn how mold may be affecting your health and that of your family - plus more importantly - what to do about it!