Posted by Maff Posted on Saturday, 03 March 2012 in EirBlog 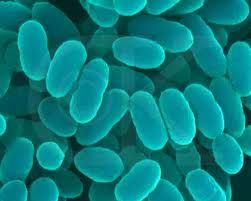 PANDAS has been a controversial diagnosis, not least because many of the symptoms place it well within the reach of the autism spectrum disorders (ASD) umbrella. A quick browse of online autism support forums reveals many a discussion on the subject of PANDAS among parents of autistic children or those seeking answers for sudden changes in their child's behaviour. One website estimates that "at least 40%" of children diagnosed with an ASD have PANDAS.

In the medical profession however, PANDAS is most often associated with and compared to child-onset OCD. Some doctors insist there is no such thing as PANDAS and that Streptococcal infections and the onset of neuropsychiatricsymptoms are coincidental and affected children simply have traditional child-onset OCD. Others however (most notably DAN! doctors) believe that the Strep infection triggers the production of antibodies, but instead of only attacking the bacterium, the antibodies also cross the blood-brain barrier and attack the Basal Ganglia. This causes swelling in the caudate, putamen, and globus pallidus regions of the brain and causes the PANDAS symptoms. Of course most children encounter Strep infections at some time but not all develop PANDAS. The reasons for some children succumbing to the neuropsychiatric disorder could be the result of genetic or environmental factors, or both.

Since proponents of PANDAS see it as an autoimmune condition with autoantibodies attacking the brain, they fear it could lead to the development of other autoimmune diseases if the child is left untreated. Treatment would typically involve common antibiotics if the strep infection is identified as the cause of the OCD/ASD-type symptoms early.

After that little bit of background I'll get to the point of this blog post, which is to let you know about a recent study which suggests something - an infection, immune-system problem or environmental exposure - can indeed trigger a stunningly fast onset of OCD.

The research, led by scientists at the US National Institutes of Health (NIH), broadens the definition to describe sudden-onset OCD in children no matter what the cause. The authors go on to suggest calling the broader condition PANS (Pediatric Acute-onset Neuropsychiatric Syndrome). While PANS is a new clinical entity and much more research is needed, the name has quickly been picked up by online support groups for both child-onset OCD and autism. The study and future work that builds on it should lead to faster, more accurate diagnosis of children with sudden behavioural changes and the administration of appropriate treatment - including antibiotics where infectious cause is suspected.

"While waiting for the results of those research investigations, clinicians are encouraged to consider PANS when children present with acute-onset of obsessive-compulsive symptoms, separation anxiety or emotional lability," the authors wrote.

The research paper can be read here.

Maff ( View Google Profile )
Aquasana Water Filters are currently offering up to an incredible 75% off. Simply use code: BOGO at checkout and save $$$ hundreds!
http://www.ei-resource.org
Author's recent posts
Comments | Add yours

posted by jollieplace on 31 January 2010
Why some people get spots and others don't: Scientists discover the 'bad' bacteria that gives us blemishes
3 comment(s) 52456 hits Read More

Guest - Emme Eve
Very useful information! One of the best ways to handle mold is to prevent it from entering the home...
5 Step Environmental Mold Removal
about 3 weeks ago

Guest - Sydney Houston
Great article, thank you EiR! I wish to add that with a regular septic tank pump out schedule, you c...
Ways in which you can contribute to the wellb...
about 3 weeks ago

Rohit_123
Thanks, CooperKlein
For sharing this great knowledge, I know what difficulties are on the bed, b...
Little-Known Tips for Sleeping With Chronic P...
about 1 month ago

Guest - Foot Idea
Great blog! Thank you for sharing this information with us regarding boosting your gym performance.
5 Ways to Boost Your Gym Performance
about 1 month ago

Guest - Mary R. Rodriguez
Hi, my girlfriend had a similar thought. This oil helps not only epilepsy but many symptoms of envir...
Cannabidiol Oil for Epilepsy
about 2 months ago