Policy on Lyme Disease and Tick-Borne Infections: A Community Agenda

Posted by Maff Posted on Friday, 25 March 2011 in EirBlog 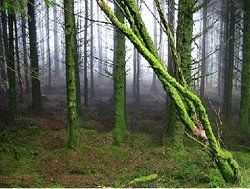 The following is the Preface and Introduction to an extensive 26 page article on Lyme disease and tick-borne infections (TBIs) by Kate Bloor (followed by a link to the full article in PDF format).

Kate argues that a coordinated effort is required, from  government policy at the top down to local community efforts at the bottom, to prevent the spread of TBIs and the incidence of Lyme disease, which as many will know is extremely difficult to treat once it becomes chronic. It is focused on the UK but the information is relevent to those of you in the US, Canada, and elsewhere.

If you or any of your loved ones suffers from Lyme disease, TBIs, or multi-system illnesses such as chronic fatigue syndrome (often misdiagnosed Lyme disease), I urge you to read the full article and take action to implement its recommendations.

Lyme disease is a spirochaetal infection carried by hard ticks which normally feed on the blood of wild animals, but also feed on domestic/farmed animals (e.g sheep and dogs). If a tick carries infection, and takes a blood meal from a human, large numbers of the Borrelia spirochaetes can be transferred into their skin and blood. This then causes an acute illness, but if left untreated or not treated correctly, it can become chronic. This can cause a multi-systemic (eg neurological, immunological, rheumatological, hormonal) illness. There are a number of other infections (eg Babesia and Ehrlichia) that can also be transferred by this method to its ‘host’, sometimes in conjunction with Borrelia infection, and this may cause more complex forms of illness.

Methods of diagnosis and treatment for tick-borne infectious related illness, are controversial. There are large areas of medical uncertainty, contradictory views and evidence, as well as ongoing new knowledge about the etiology of disease, and the biology of the infections. Patient’s experiences of health services in the UK have been a matter of concern, since the NHS has frequently failed to deal with their illness. Representations from patients and patients groups, via democratic and other processes, have not resulted in full review or consideration of these issues, on the part of the state or its agencies. Above all, there appears to be a lack of any strategic thinking with regard to dealing with to these complex illnesses.

The aim of this paper is to raise issues about policy and practice, on the prevention and treatment of tick-borne infection (TBIs), in the UK. Its purpose is to enable future discussion about key issues and is aimed at broad professional audience. While it is not an academic paper, it does use some academic concepts and rationale. It is a follow on from a background article on the medical and political issues, surrounding Lyme disease and other tick-borne illnesses (footnote ). It is a position paper that questions the lack of organisational process in dealing with TBIs, a view that is different from that held by the statutory services and government.

This new paper is orientated towards two basic questions, ‘What has gone wrong?’, and ‘How it could be fixed’. It is concerned with policy (and practice) solutions to the public health ‘protection’ and health education issues. It also attempts to present an approach to tackling the consequences, when prevention of illness, or diagnosis procedures, fail. It is also concerned with the potential role of local action and the involvement of communities, which is considered essential in an effective delivery of health and tick protection information.

The previous government (before the new coalition of May 2010), did not have a clear strategic (or co-ordinated approach) to tackling the prevention of disease from ticks. It had no well-defined, stated aims or operational tasks and projects, or policy responses, to ticks and tick-borne infection. Agencies and organisations, within the state, such as strategic planning bodies for public health, (including the Department of Health, Health Protection Agency and the public health specialist structures), have not yet enabled a planned, forward looking, and proactive approach to tackling the growing threat to communities and population from Tick Borne Infection's (TBIs).

The approach of these agencies is ‘reactive’ rather than ‘proactive‘, with the underlying assumption that no changes are needed to deal with TBIs, and the new medical challenge of more complex tick-borne infection-related illnesses. Another assumption that has become deeply embedded into policy, and practice (and possibly also research), is that ’chronic Lyme’ is a mild self-limiting illness.  It is also assumed that that is no specific treatment, other than that given for symptomatic relief or those therapies aimed at people with M.E (Myalgic Encephalopathy), irrespective of length of delay in treatment, types of complications/symptoms, and response to standard treatment following initial diagnosis.

The government’s agencies are ‘transfixed’ by the idea that tackling Lyme disease is primarily about dealing with ‘acute’ illness. These structures consider the treatment of Lyme infection and other tick-borne infections, primarily in the context of general practice or ‘first line care‘. It is assumed that general practice advice provided on an individual basis to people who have been bitten and become ill, is the primary locus for diagnosis. Continuing care for those with ongoing illness, are also primarily cared for by GPs that do not often know how to advise or treat them.

Since trends in tick related chronic illness (defined loosely here, as any long-term illness initiated by a TBI) are not being monitored, researched or measured in any way. No detailed knowledge of these types of cases, is available. What the state does not ‘see’ or ’measure’ the state cannot ‘fix’ and takes no responsibility to do so. Referral of such cases, to M.E services (even when that is not considered by M.E doctors to be appropriate or useful) carries on. Patients with chronic forms of illness from ticks ’ disappear’ into ‘generic’ categories like M.E or various different ‘diagnostic categories’, including those whose illness has been aggravated by delays in treatment and/or misdiagnosis.

This paper looks at some of the potential ways in which the state and its agencies, could ‘work together’ with communities to tackle the risks, and effects, of tick-borne illness at ground level, as well as in ‘grand’ strategic policy. It is about the kind of approaches that could help government avoid unnecessary tests, or other medical and social expenses, by preventing misdiagnosis or late treatment, and therefore, chronic illness from TBIs. It presents a model that could be used as a starting point for discussion, to build a better strategic plan to protect the public from ticks, and TBIs, and thereby prevent illness.

While this paper focuses on England (as opposed to Scotland, Wales or Northern Ireland) the main points are also relevant to the rest of the UK. Many of the points made in this paper are relevant for areas where understanding and practice, is probably better.

The views presented in this paper are the author’s own, and do not reflect those of any organisations whose work is mentioned. The paper is based on an understanding of health and illness gained from working in medical (public health) research, undertaking academic research and study in relevant areas, and working in evidence-based policy-making in government. The internet has been chosen as the best means of disseminating this position paper because it makes it more accessible.

Since there has been little or no policy-orientated analysis or research, related to tick-borne infections in the UK published to date, this is an ‘uncharted’ area of policy-making and service delivery. More work of this kind urgently needs to be undertaken for the UK. It is hoped this article will enable more critical analysis and discussion to take place within UK professional groups and agencies, as well as organisations that have a vested interest (e.g. tourism, environmental, outdoor activities, landowners and land management, etc.).

There are many important questions to be asked, and debates that need to take place, about how to best organise and monitor the treatment of people with TBIs in the UK. These debates need to be more open, and therefore more accountable to patients and their carers, MPs and doctors. This is a controversial subject, has various dimensions, and some areas of uncertainty. If this article helps to generate a debate that is more open and deeper, to tackle some of this uncertainty, in a humane and problem-solving manner, it will have been a success.

PART ONE:  AN ACTION MODEL FOR STRATEGIC CHANGE ON TICK-BORNE INFECTIONS (TBI’S) Pgs 3-6

PART THREE:  A STRATEGIC APPROACH TO DEALING WITH TBI’S – A COMMUNITY AGENDA

A. WHY A COMMUNITY APPROACH IS NECESSARY Pgs 12-15
B. EVIDENCE BASED APPROACHES TO LOCAL ACTION ON TICK PROTECTION AND LYME DISEASE PREVENTION Pgs 15-18
C. COMMUNITY ACTION AT A LOCAL LEVEL - GOOD PRACTICE Pgs 18-20

About the Author
Kate Bloor is a researcher and academic living in the south-east in the UK. She has a past career spanning health research, lecturing in research methods, and research management in the government sector. She has had many years working with and in groups, in a voluntary capacity, on a number of issues within various community groups and organisations, including trade unions and women's groups. Her research interests lie in the interface between society and scientific/ biological knowledge, where the influence of each on the other is interconnected and subject to change. She has an orientation towards critical multidiscipliniary research spanning philosopy, sociology, policy studies, political studies and science/ statistics. She is also an occasional poet and aspires one day, to make a film.

Maff ( View Google Profile )
25 years of scientific research at the HeartMath Institute has produced techniques for healing both ourselves and the planet... through heart-mind coherence. Check it out www.heartmath.com/
http://www.ei-resource.org
Author's recent posts
Comments | Add yours