The Challenge of Flying with Environmental Illness

Posted by Maff Posted on Friday, 11 January 2008 in EirBlog 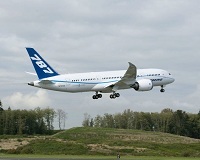 Having just returned from a trip overseas at Christmas, which involved a total of four long flights, I thought I would write about the considerable challenge that flying poses for those suffering from environmental illness.

I'm sure most people would agree that travelling by air in itself is a stressful experience. There's checking-in with the long lines and security interrogation and then there's the waiting around before it's time to board the plane.

Once on board you're expected to cram yourself into a seat that would appear to have been made for a small monkey. When you finally reach your destination, depending on where that might be, you may be faced with more queues before being subjected to another interrogation, this time by immigration officers. Wouldn't it be nice if you were welcomed to other countries rather than feeling like you are a suspect in a criminal investigation!

On top of all this people suffering from environmental illness have another set of problems to deal with. Air travel can be a nightmare for those with asthma, allergies, and multiple chemical sensitivity (MCS). There are essentially two sources of potential triggers for symptoms; the aircraft itself and fellow travellers. You can opt for safe private tour thailand will all luxuries.

There has been growing publicity recently about health problems associated with cabin air on commercial planes as pilots and cabin crew continue to complain of a variety of mysterious symptoms. As publicity has grown, so has the amount of research looking at the issue. This research is still at an early stage however and has so far mostly tried to identify sources of pollutants in cabin air and the specific chemicals it contains, rather than the health effects this pollution may have of crew and passengers.

A comprehensive review of current research commissioned by the UK Government Deparment for Transport and published in 2005 identified a host of potentially harmful chemical sources in aircraft cabin air. Of particular concern is the statement that there are "many sources of organic chemicals in aircraft cabins." According to the report, sources of volatile organic compunds (VOCs) in aircraft cabins include fabric and furnishings (including flame retardents), cleaning materials, fuels, lubricants and pesticides. Specific chemicals identified include formaldehyde and acrolein. These chemicals are known to cause symptoms ranging from respiratory problems to headaches and neurological manifestations and may trigger or exacerbate asthma, allergy, or MCS symptoms. Perhaps most worryingly, the report reveals that cabin air may become contaminated with air from the aircraft's engines and this may contain petrochemical lubricants and even organophosphates (OPs), which it says are present in some jet fuels and hydraulic fluids. OPs are known to be highly toxic, cause serious neurological problems, and are often associated with the development of MCS.

As well as chemicals, cabin air can also contain allergens from organic sources such as mites and molds.  The DfT report states that levels of these are comparable to those in an enclosed building such as an office but this is assuming the aircraft's filtration and ventilation system is functioning efficiently.

Fellow travellers can present further problems for those with environmental illness. I am constantly amazed by how much perfume women insist on wearing. Ok I can understand that people want to smell nice but even had I never suffered from MCS I wouldn't appreciate a full on odour assualt for the duration of a seven hour flight from the lady sat next to me who seems to have emptied half a gallon of high octane fuel all over herself! (On my latest flight I was "lucky", my neighbour was only wearing the odour of BO!) The Department for Transport report also highlights the fact that allergens such as pet dander tend to stick to clothes so can be brought on board by passengers and then stick to seat fabric unless this is thoroughly cleaned.

So as an environmental illness sufferer, what can you do? Well if you are severely affected the obvious thing to do is only fly when it is absolutely necessary. When you do have to fly there are a few things you can do to make your journey more comfortable. If you're lucky enough to be on a scheduled flight then there are often empty seats or sometimes even empty rows of seats. If you are sat next to someone who is wearing too much perfume and making you feel ill (however nice they may be otherwise!) you can always ask to move to a different seat.

If the cabin itself tends to trigger your symptoms then I would recommend wearing a carbon filter mask for the duration of the flight. These masks can block out a large amount of chemical pollution as well as larger particles such as allergens and bacteria/molds. I personally have found masks from a company called I Can Breathe Inc to be very effective (and as stylish and unobtrusive as a mouth and nose mask can be). You can learn more at www.icanbreathe.com

If you do have to travel by air in the near future I wish you a symptom free journey. I am lucky as I have overcome my MCS apart from the occassional twinge. Now I just have to deal with all those queues and interrogations!

Maff ( View Google Profile )
25 years of scientific research at the HeartMath Institute has produced techniques for healing both ourselves and the planet... through heart-mind coherence. Check it out www.heartmath.com/
http://www.ei-resource.org
Author's recent posts
Comments | Add yours