The Prenatal Ecosystem And Factors That Affect Its Functionality

Posted by Zyana Posted on Friday, 10 July 2015 in EirBlog 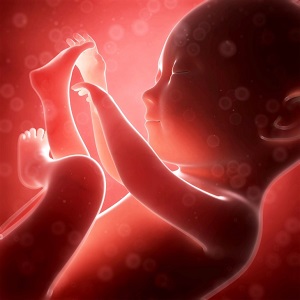 To state that the womb in which a woman carries her baby is yet another ecosystem may sound like an awkward metaphor, but it is actually quite true. In fact it is by far one of the most beautiful ecosystems ever; not only is it responsible for sustaining human life, but is also responsible for bringing one into the global ecosystem. Thus providing a growing fetus with the right environmental essentials is of utmost importance for its proper growth, development and nourishment.

And naturally, as every ecosystem is affected by its environment, there are of course three key factors that affect a prenatal ecosystem; a woman’s diet, the state of her health and disease and the effects of drugs.


The importance of a healthy diet

They say when a woman sets on to her journey of becoming two – or more, she needs to begin eating for two as well. Diet is a major prenatal environmental factor that has a direct impact on fetal development. An improper diet is bad for the growing baby in two ways; it affects the physical and metabolic functionality of the mother, and it also affects the development of the growing fetus. Let’s take calcium for instance; the bone essential. Calcium is vital to all of us as it helps to strengthen our bones and make them fracture proof. But it is even more important for a pregnant woman for two main reasons; the first obviously being a requirement for the fetus and it’s developing muscles and bones, and the second for the woman to further strengthen her bones and muscles as a preparation for labor, and also for post-delivery lactation. Prenatal calcium deficiencies often lead to weak bones and fractures in children.

Similarly amongst other uses of folic acid, it is essentially consumed by pregnant women to prevent the occurrence of anemia, and iron is needed to produce fresh blood to provide a healthy supply of oxygen to the growing fetus as well. Failure to take these nutrients in adequate amounts not only puts the mother at risk of a miscarriage, but also drastically affects the overall development of the fetus as the supply of healthy nutrient enriched blood is compromised.

These are of course just a few out of numerous dietary essentials for a pregnant woman to sustain the fetal ecosystem within her, but they only go to show how important it is for a woman to focus on her diet in order to stay healthy and keep her baby healthy too.

Because the fetus shares its mother’s blood, the risk of transmitting maternal to fetal infections is inevitable; and the consequences are far more grave than imaginable. For instance;when women contract German measles early on in their pregnancy, the threat of their child incurring blindness, brain damage and heart abnormalities is greatly increased.

While the good news is that German measles is pathogenic nuisance that has successfully gone extinct, the bad news is that there are still a number of viruses and bacteria that cause anything from mild trouble to wreaking havoc upon breaching the prenatal ecosystem. These include a number of pathogens like varicella (chickenpox) responsible for respiratory infections, the food poisoning menace salmonella and the even more potentially dangerous and life-threatening STD’s such as AIDS, and Syphilis.

The consequences of a mother contracting a bacterial or viral infection, and passing it on to her fetus can have several postnatal effects. From mild rashes, fevers and bruises to, jaundice, anemia and even still birth. One cannot lay enough stress on how important it is for a woman to stay clear of infections that could be potentially life-threatening for her and her baby.

Thalidomide, discovered in 1957 and used in cancer treatment today was prescribed to a number of pregnant women back in the 1960s. As a result, several babies were born missing legs, arms, or ears due to hypoplasticityand the absence of bones caused by thalidomide. In addition to these, Thalidomide has other known side-effects when consumed by pregnant women including phocomelia, amelia, facial palsy, eye abnormalities and congenital heart defects. In fact: 40% of the babies born under the influence of thalidomide experience death shortly after birth.

Psychoactive drugs such as alcohol, cocaine, heroin, and tobacco are still a common cause of harm to the prenatal ecosystem despite repeated warnings. For a number of personal and professional reasons pregnant women often carelessly continue to drink alcohol and smoke cigarettes during pregnancy while being completely ignorant to the potential risks to the prenatal ecosystem. However, this is probably one of those instances when ignorance is not bliss as psychoactive drugs are known to cause a significant amount of brain damage to a growing fetus within its ecosystem with several long-term and short-term deficits including a learning disability and poor attention span in addition to poor physical development and weight loss.. Typical withdrawal symptoms such as startling, sleeplessness and increased hunger pangs are also common post birth.

For these reasons, pregnant women are generally advised to stay off of all drugs unless they are dietary supplements to avoid incurring damage to the prenatal ecosystem.

People tend to overestimate barriers protecting ecosystem and often fail to realize that it isn’t the barrier that guarantees 100% protection against environmental damage, rather it’s the incoming damage that defines the sustainability of the barrier and the ecosystem that it protects. Throwing the smallest of pebbles with the right force and at the right angle at a glass wall will cause it to break into a million pieces. Similarly, an improper diet, bad health and even the medication used to treat bad health will render the prenatal ecosystem protecting the developing fetus useless.