The Puzzle of H. pylori: The Environmental Illness Connection

Posted by HannaR Posted on Tuesday, 05 May 2015 in EirBlog 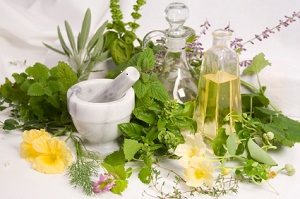 So here we are folks with the third and final part of my 3-part blog series about my journey linking Helicobactor pylori (H. pylori) infection to my environmental illness. To get up to speed please take a look at Part I (The Science) and Part II (My Personal Pylori Project).

The general theme of bad bug overgrowth wasn't new to me – I'd already been dealing with Candida and SIBO issues. Obviously, it won't be new to most people with EI either. It seems that lurking infections of all kinds – Lyme, EBV, herpes, strep, pylori, candida and many others – can often be 'the elephant in the room' that we need to address to fully recover. Maybe sometimes when we work on resolving some of these other infections, we make progress with any lurking pylori issues too, as many herbs and probiotics
are effective against multiple bad bugs.

People with poor methylation function are apparently at risk of all kinds of chronic infections and a high total microbial burden. I wonder for myself – how much of this pylori issue is the cause of my health problems and how much just the consequence of other underlying issues like nutritional deficiencies. Hard to say, though what I can see is that my very poor gut immunity (SIgA of 8mcg/ml when normal is over 100) has opened me up to these issues bigtime.

I've also read about an intriguing connection involving mast cells. Pylori causes mast cells to proliferate, which then maintains a state of inflammation and presumably, makes you more prone to mast cellmediated allergic reactions. Various sources describe a connection with histamine-related allergies. There definitely does seem to be something like this going on for me, as I've noticed that environmental exposure to perfume or mold sometimes sets off an attack of gastritis, an inflammatory state that could, from my understanding, be triggered off by mast cell activation.

I'd encourage anyone with EI to give this issue a second glance, especially if theirs feels like an intractable case. The great thing is that a program can be inexpensive and simple and in the scheme of things, seems pretty safe. Of course, it's possible to be allergic to some of the herbs, so I don't need to remind anyone to tread cautiously – I'm guessing you already do, right! And as with anything, it's best to take it steady, as die-off can be dreadful.

I still have no actual proof that I've had a pylori problem, but if I haven't I'd say there's been some darn impressive mimicry going on! Though I'm not ruling out the possibility of the benefits coming from a general reduction of bad bugs, I'm still feeling convinced that the specific improvements I've experienced tie in with a reduction in pylori load.

I had already done a lot on heavy metal detox, methylation support and dysbiosis in general, so maybe this has paved the way for better results with my current plan. Would I have saved myself time by coming to this particular program sooner? Difficult to tell – unfortunately, I don't know enough to say whether there's an ideal plan of attack and order to tackle things.

Can I just say hats off to Caroline Lunger for researching the topic so comprehensively – please visit http://www.mygutsy.com/is-h-pylori-the-cause-of-allergies-brain-fog-hypothyroid-autoimmune-disorders-adrenal-fatigue/ for more info.

I would love to hear from anyone who has had similar symptoms or experiences. Wishing you all the best of luck in unravelling your own health issues and I sincerely hope that this information can help someone else too.

Arginine levels standing out from the other aminos – pylori uses up this one in particular
B12 abnormalities – a deficiency may present as low or high levels
Low iron
Low vitamin C
GABA/glutamate imbalance (i.e. too much on the glutamate side)
High cadmium
High copper
Out of range (high or low) bismuth – this mineral impairs pylori
High ammonia, which can be indicated by low creatinine

For more of the technical stuff, could I recommend the online videos available via Dr Amy Yasko's website. I hope I'm relaying all this correctly but please, do double check the nitty-gritty! I am just a patient who likes to research :-) Also, the testing complexities are too complicated to cover here in full and the specifics of what to look out for will depend on the exact kind of tests you use.


Some anti-pylori foods and herbs

* Just want to flag up a little caution here folks. Cranberries can apparently chelate iron. I'm not sure how big a deal that is in practical terms, but perhaps best to take it easy if you're already prone to low iron.

I hope my experiences, research and experimentation may help some of you out there in your own healing journeys and wish you all the very best of health!

HannaR
HannaR has not set their biography yet
Author's recent posts