Posted by Vaping Advocate Posted on Friday, 04 September 2015 in EirBlog 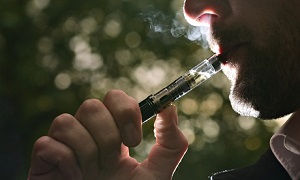 It wasn’t a 100% victory and there’s still a long way to go, but Public Health England dropped a bombshell in August. Seemingly out of nowhere, one of the most important health bodies in the country declared that not only are e-cigarettes 95% less harmful than tobacco, but could also become an important weapon in fighting smoking by being dispensed as a licensed medicine.

Veteran vapers enjoyed a wry smile and carried on – because it was not really news to them. Anti-tobacco campaigners, cancer sufferers, health practitioners and e-cigarettes traders and scientists have long held the belief that replacing a stick that contains several thousand toxins with one that contains far fewer can only be a healthier option. Surely?

What the PHE statement did do was bring vaping back into the public consciousness, or introduce some people to it in the first place. BBC Radio 5 live ran a whole half hour programme on vaping, which was largely positive; several listeners spoke of their improved fitness and bank balances, in a series of strong anecdotes.

Perhaps the last major news story to hit the nationals was when the Welsh dragon roared fire (but no smoke, or even vapour) in the summer, when the Welsh assembly stated that it aimed to ban smoking in all public places. Despite little evidence, figureheads including Minister for Health and Social Services Mark Drakeford believe that vaping is a gateway towards smoking, and also that continued usage will catch the eye of children who may then take it up.

BHF Wales disagrees that a ban is needed, as does Cancer Research UK. The one thing everyone does agree on is that the number of people dying from smoking every year needs to drop. It currently stands at 80,000, with hundreds of children taking up the habit weekly.

Meanwhile, the numbers of vapers continues to rise massively, up from 2.1m last year to 2.6m in 2015. Nearly all of those 500,000 people are smokers swapping across to vaping, and of those asked, 48% had changed in a bid to give up smoking completely. They’re enjoying the apparent health benefits, costs and diversity of e-cigarette products now on the market.

The figures compiled by Action on Smoking and Health also reveal that not only are non-smokers sceptical of the merits of vaping, but also smokers themselves. About 22% believed that vaping was as harmful or more harmful compared to cigarettes.

So we have a paradox; e-cigarette figures are rising, but so is fear in those who do not use them. Ash chief executive Deborah Arnott said: “The growth of this false perception risks discouraging many smokers from using electronic cigarettes to quit and keep them smoking instead which would be bad for their health and the health of those around them.”

The good news is that smoking is at its lowest level since the 1940s. It lost any glamour it had long ago, and is an expensive, bad-smelling and lethal addiction. People want to give it up, and vaping is finally giving them the means to do so.