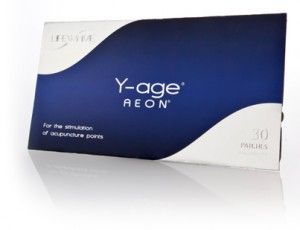 So, I again find myself writing on my positive experience with a LifeWave patch...this time the new Aeon product which is aimed at reducing stress and its consequences, both as a standalone product, or as part of LifeWave's Y-Age Kit which also incorporates patches designed to increase levels of glutathione and carnosine in the body.

Having last year completed a Bachelor of Science degree in nutritional medicine, including a dissertation which involved performing a systematic review of the medical literature, I am quite familiar with the 'hierarchy of evidence' which is revered in academia, and perhaps most of all in medicine. In modern medicine if an intervention does not have numerous randomised controlled trials (RCTs) and systematic reviews of such trials supporting its use it is dismissed as useless or a scam. Now I understand the rationale behind this system and to a point agree with it.

Living with a multi-system illness (chronic fatigue syndrome (ME/CFS) ) for the past 20 years has, however, taught me to have an open mind when it comes to treatment options that on the face of it, appear to be nonsense. Such is the case with LifeWave patches. As commentators on many 'scam' and 'sceptic' websites have pointed out - LifeWave hasn't exactly been very clear on the mechanism(s) by which its products are proposed to work - and their explanation seems to have been amended on more than one occasion. At first there was heavy use of "nanotechnology" in promotional materials and now the explanation seems to be firmly centred on stimulation of various acupuncture points. This includes the addition of small plastic beads the wearer places in the centre of each patch before application, apparently to apply gentle pressure to the acupuncture point the patch is placed over. In my personal experience the patches produced pronounced physiological effects without these beads so I suspect they may just be a means to placate various regulatory bodies with an acceptable explanation of the patches action.

Besides the suspect (and changeable) explanations of how the patches work there is scant evidence from research studies supporting their use either. LifeWave says it is dedicated to research and surely now has the funds to perform quality clinical trials, yet I have yet to see such research. The studies that LifeWave talks about on its website and in promotional materials are small and appear to have been conducted by individuals connected to the company in some way or another. Hardly credible or reliable evidence.

Given all of the above and the fact that LifeWave uses a multi-level marketing (MLM) business model, I can't blame people for being highly sceptical.

BUT...no matter how much my rationale and analytical brain complains...each LifeWave patch I have tried myself has worked exactly as advertised, including the new Aeon patch. Not only that but the effects have been of rapid onset (within an hour of first application), pronounced, and persistent i.e. the effects don't wear off, become less pronounced, or disappear completely with continued use of the patches - as one would expect from the placebo effect.

LifeWave report that studies have shown the Aeon patch balances the autonomic nervous system, reducing sympathetic activity while increasing parasympathetic activity, an effect that would be expected to reduce symptoms of stress and physiological effects associated with it. One such consequence of stress is inflammation and LifeWave say one study showed the Aeon patch was able to reduce levels of C-reactive protein (CRP), a sensitive marker of general inflammation now commonly used by your doctor.

After two weeks of using the Aeon patch I can say that after just an hour of wearing the first one I began to feel brigther in mood, more relaxed, and more able to enjoy the simple things. I found myself laughing out loud at TV comedies and wanting to go out for walks, which I hadn't done for a while. I even did some paperwork and housework - which I hadn't done for even longer! Beyond this I feel more like myself and hopeful for the future, rather than fearful.

In conclusion, the absence of evidence or understanding of how something works...does not necessarily mean it doesn't work. Scientists still haven't fully explained how antidepressant drugs, first produced more half a century ago, exert their effects. My point then is this - if like me you are suffering from a multi-system illness - sometimes you have to be open to things you perhaps wouldn't ordinarily be (keeping safety in mind of course). You never know in what form relief may come. I suspended my disbelief and gave LifeWave patches a try and am reaping the rewards. I like my new open mind, it gives me hope that I will stumble across other unexpectedly helpful approaches to achieving even better health in the future.

If you are at all interested in LifeWave patches - due to the company's business model - you need to be referred through someone who has registered as a distributor so please This email address is being protected from spambots. You need JavaScript enabled to view it. and I will provide you with more information and answer any questions you might have.