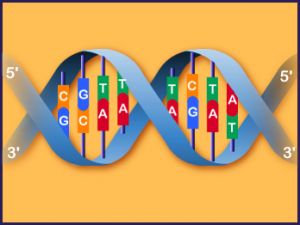 After being chronically ill for 20 years, having been diagnosed with chronic fatigue syndrome (ME/CFS) at the young age of 11, I have grown increasingly interested in psychology and particularly the traits required to survive an illness that robs sufferers of so much (what I would give to be able to just go for a run).

My ill health has also included multiple chemical sensitivity (MCS), seasonal affective disorder (S.A.D.), and adrenal fatigue, which are all terrible things to deal with in themselves and have forced me to draw on every last bit of inner strength I could muster to keep going despite a distinct lack of enjoyment in life.

Rather than crushing my spirit however, these trials and tribulations that have shaped my life, have actually strengthened my resolve, given me greater confidence in myself and my abilities, and changed my outlook on life for the better. When one is suicidally depressed as a result of severe S.A.D. during northern England's dark winters, thoughts inevitably turn to the big questions. Some may be surprised to hear that I actually feel grateful for having experienced deep depression and uncontrollable suicidal thoughts. One cannot know true happiness without having experienced the depths of despair, I have discovered. When you are at your lowest is also a brilliant opportunity to truly learn about yourself and what makes you tick. I have come through these experiences with the feeling that I now have an appreciation of both the best and worst aspects of my personality. I am especially aware of my strong stubborn streak...which can be both a blessing and a burden!

So, I should really get to the title of this post before I go any further. In November of 2010 I had a panel of tests carried out looking for common genetic variations which affect the activity of key genes involved in environmental illnesses. Specifically, what the tests look for are known as single nucleotide polymorphisms, or SNPs (pronounced "SNiPs"). SNPs refer to the substitution of one base (C, G, A or T) in a DNA strand with another. These tiny alterations in the DNA structure of genes in turn can result in the substitution of one amino acid in a protein, commonly an enzyme , with another, and this can have profound effects on the activity of the enzyme.

Here's where I really started to find things interesting. Since my first memories as a child I had been aware that I was a very nervous person. In fact, I have always felt hugely conflicted as I am essentially an adventurous and outgoing person and want to sample all that life has to offer, yet I have always been held back, particular in social situations, by this invisible barrier - my nerves. With the arrival of my SNP test results came genetic and biochemical explanations for the nervousness and the conflict within my personality.

We have two copies of each gene, one on each chromosome (one from each parent), and my SNP results revealed I had inherited the poorest functioning variants of two key genes involved in neurotransmitter metabolism, from both of my parents. The genes in question being MTHFR, which is key to folate metabolism (as part of the methylation cycle) and neurotransmitter synthesis, and COMT, which controls the rate at which neurotransmitters are broken down.

Just looking at the SNPs in both copies of COMT it became apparent that a lot of the nervousness and shyness I had battled with all my life could be explained (at least in large part), by the variants of this gene I had inherited from my parents. It turns out SNPs in both copies of the COMT gene (a "homozygous" variation) significantly increases an individual's risk for nervousness, excitability and mood disturbances. As noted previously, the COMT enzyme (which the COMT gene regulates) controls the rate at which neurotransmitters, and also hormones, are borken down - particularly the catecholamines (adrenaline (epinephrine), noradrenaline (norepinephrine) and dopamine). Research has shown that people with SNPs in both copies of the COMT gene have significantly reduced activity of the COMT enzyme and this results in higher than normal levels of adrenaline in the blood at rest, a higher spike in adrenaline during the stress response, and also a greater subjective experience of stress. This was all a revelation to me. To have markers in my very genetic code that explained my subjective experience of life blew me away!

Thankfully SNPs in COMT are not all bad news as they are also associated with increased intelligence and mental peformance. Without bragging I think this has been vital for me. Without the confidence that I was intelligent enough to figure out my hugely complex illness and improve my condition with the right interventions I am not sure I would have coped with the mood disturbances, caused in part by the same genetic variation.

While I personally got very excited thinking about the implications of my SNP results and finding within them explanations for both my current health problems and my personality, I know many of you will not be so enthused by this aspect of genetic testing. The good news is that testing for SNPs can also be hugely beneficial for guiding treatment for illness or even as a guide for preventative medicine. Testing for SNPs in genes such as MTHFR and COMT which are important for many biochemical processes within the body (particularly in the case of MTHFR) means we know where are weaknesses lie and as a result we can supply our bodies with the correct forms and amounts of nutrients to nullify, or even bypass, our genetic weaknesses. In my case both my MTHFR and COMT results are of great use as they play important roles in neurotransmitter and hormone metabolism and the methylation cycle, to name just a few areas which have been implicated in ME/CFS and the other conditions from which I suffer.

I have been ill for a long time and endured a lot of suffering but with advances such as relatively inexpensive genetic testing I am hugely excited about the future, both in terms of what we can learn about ourselves indivudually and as a species, and with respect to more effective treatments for ME/CFS and other environmental illnesses.

I would love to hear your thoughts on genes, personality and illness. Please use the comment form below...

Find motivation for your day with
EiR Instagram Quotes