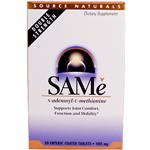 There has been a flurry of media activity in the UK this week after researchers from the University of Hull published a study showing that for mild to moderate depression antidepressant drugs show no clinically significant benefit over placebo. In other words they are pretty much useless.

It turns out that pharmaceutical companies have been 'selectively reporting' studies on the effectiveness of Selective Serotonin Reuptake Inhibitor (SSRI) antidepressant drugs. The SSRI class of drugs includes Prozac, Paxil/Seroxat, Effexor, and Serzone. Using the US freedom of information laws the researchers were able to obtain previously unpublished drug trial data showing insignificant or no improvement at all over placebo treatment when subjects took the antidepressants.

Kirsch and colleagues concluded that these drugs should only be prescribed in the most severe cases of depression when other treatment options have failed. Even then they said, these drugs are not always effective.

The British governement didn't waste any time responding to the new research announcing £170m (US$340m) in extra funds to train 3600 new psychotherapists, effectively switching the emphasis for depression treatment from drugs to so called 'talk therapies'. This is certainly great news but as always the government and its medical advisors have failed to recognise the many other safe and effective alternatives to drugs which are available for the treatment of depression. I thought we'd take a look at some of these other options here:

Exercise
A safe and effective way to relieve depression which also benefits your health as a whole. A report from the Mental Health Foundation states that numerous studies have shown exercise to be an effective treatment for depression and recommends that it should be a first-line treatment for milder forms of the condition. Exactly how exercise relieves depression is not known but a number of factors could be at work. Exercise has been shown to directly raise levels of certain hormones (e.g. endorphins) and neurotransmitters which regulate mood. It may have many other indirect effects including improving the way you look and boosting self-esteem, giving you something positive to focus on, and giving you more social interaction if you get involved with a social sport. To get the full benefits it is recommended that depressed people engage in 45 minutes of moderate exercise 3 times per week (which is generally what is recommended for everyone!). Even walking for 10-15 minutes can have a positive impact on mood however.

Sunlight
Sufficient exposure to sunlight is another simple (and free) way to boost mood and can be combined with exercise as a powerful way to combat depression. Getting extra sunlight is especially important for people who suffer from Seasonal Affective Disorder (SAD), otherwise known as 'winter depression'. Light entering the eyes stimulates the pineal gland in the brain which stops producing melatonin (a hormone which induces sleep) and triggers production of serotonin. This is the neurotransmitter on which SSRI drugs are designed to act and which has a major role in mood regulation. Without sufficient serotonin mood drops, we experience emotional pain, low self-esteem, and feelings of worthlessness and despair. Additionally sunlight hitting exposed skin triggers the production of vitamin D. The label of vitamin is a bit of a misnomer in the case of vitamin D which has powerful hormone-like effects. Vitamin D plays an important role in the production of serotonin and is known to increase levels of this vital neurotransmitter and raise mood. Studies have also shown vitamin D supplements to be an effective treatment for depression.

Diet
Your diet can have a big effect on your mood and contribute to depression. Foods containing certain nutrients may help to brighten your mood. Foods rich in the amino acid tryptophan (from which serotonin are made) can be helpful and include chicken, rice, eggs, dairy products, beans, nuts and seeds. It is best to combine high tryptophan foods with a good portion of carbohydrate since this makes tryptophan more available to the brain by clearing competing amino acids from the bloodstream through the action of insulin. Other nutrients that may help to combat depression include omega-3 oils found in oily fish and some nuts/seeds, all of the B vitamins and magnesium which are found in high amounts in green leafy vegetables, and vitamin C which is found in generous amounts in most fruits and vegetables. Omega-3 fats are incorporated into brain cells and improve communication between them while B vitamins, vitamin C and magnesium are required for the production of important neurotransmitters including serotonin, noradrenaline/norephineprhine, and dopamine. Another dietary aspect of treating depression is the maintenance of a stable blood sugar level. Erratic blood sugar levels caused by consuming too much sugar and refined carbohydrate foods (white bread, white rice etc) can result in mood swings and depression amongst other symptoms. Cutting back on sugar and choosing whole food alternatives such as wholemeal bread and brown rice should help to keep moods positive and even. Eating many smaller meals spread throughout the day rather than 2 or 3 large meals also helps in this respect.

SAMe - A derivative of the amino acid methionine. SAMe is important for a chemical process known as methylation which is vital for the production of neurotransmitters including those important for mood which may be low in depression. SAMe is thought to be particularly effective for the type of depression which involves a lack of motivation and mental energy due to its ability to raise levels of the energizing cathecholamine neurotransmitters noradrenaline/norepinephrine and dopamine. For this reason it is not a good idea to take near bedtime as it may interfere with sleep!

5-HTP - Produced from tryptophan in the body and a direct precursor to serotonin. May help with both depression and sleep problems by increasing levels of serotonin during the day and melatonin at night. Helpful for melancholic depression which is characterised by low mood and feelings of hopelessness.

L-Tyrosine - Another amino acid which is the precursor of the cathecholamines. May help with depression which is experienced more as a lack of motivation than feelings of hopelessness. Tyrosine is also a major component of thyroid hormones which again may help to improve motivation and energy. The n-acetyl-tyrosine form may be more effective. Like SAMe it is not a good idea to take tyrosine close to bedtime.

Vitamin D - as discussed above vitamin D acts a powerful antidepressant through its role in serotonin production. Research has shown that taking supplements of vitamin D3, particularly during winter if you suffer from SAD, can have a very beneficial effect.

Omega-3 - The omega-3 type essential fatty acids, particularly, eicosapentaenoic acid (EPA) have been shown to be effective in the treatment of depression. They help improve communication between brain cells through their role as a structural component of cell membranes and maintenance of the receptors for important neurotransmitters.

Magnesium - Has a calming effect on the nervous system and is required for the manufacture of neurotransmitters within the body. Research has shown a clear link between lack of magnesium and depressive illness.

Herbs
A number of herbs have been proven to have substantial effectiveness in the treatment of depression. Some of the most studied include:

St. John's Wort - The most popular herbal treatment for depression which has been shown in some studies to be more effective than antidepressant drugs for mild to moderate depression. It is thought to work by blocking the breakdown of serotonin and the other neurotransmitters which may lead to depression when low. It should be noted that this herb can cause increased sensitivity of the skin to sunlight and may interfere with the action of drugs you may be taking. It is therefore advisable to work with a professonal when taking St. John's Wort.

Rhodiola Rosea - The first double-blind, placebo-controlled trial (the kind used for drugs) of rhodiloa rosea in the treatment of depression was recently published with very positive results. The researchers found that in mild to moderate depression the herb significantly reduced the severity of depressive symptoms according to standard questionnaires completed by the participants. Traditionally rhodiola rosea has been used in Asia as a stress reliever and general tonic. It is thought to work in a similar way to St. John's Wort by blocking the breakdown of important neurotransmitters.

Meditation/Prayer
Spritual practices such as meditation and prayer have been shown by research to have a significant effect on brain function and levels of various hormones. They have also been shown to be effective treatments for depression. One study compared meditation to exercise and found that both effectively elevated mood and that this was a result of changes in levels of adrenal hormones such as cortisol which help us cope with stress. Meditation and prayer also provide us with a focus and in many cases a social support network which can only help when battling depression. Whether these practices also help depression by improving our connection to a higher power....I will let you decide.

Depression is a serious and debilitating illness which affects many people. You should always work with your healthcare provider to develop a treatment plan that will work for you. Having said that, the suggestions above can mainly be tried by yourself and in most cases are free from side-effects. Any of these suggestions either alone or in combination should provide some level of relief for most people. I hope they help any readers who are currently struggling with depression.