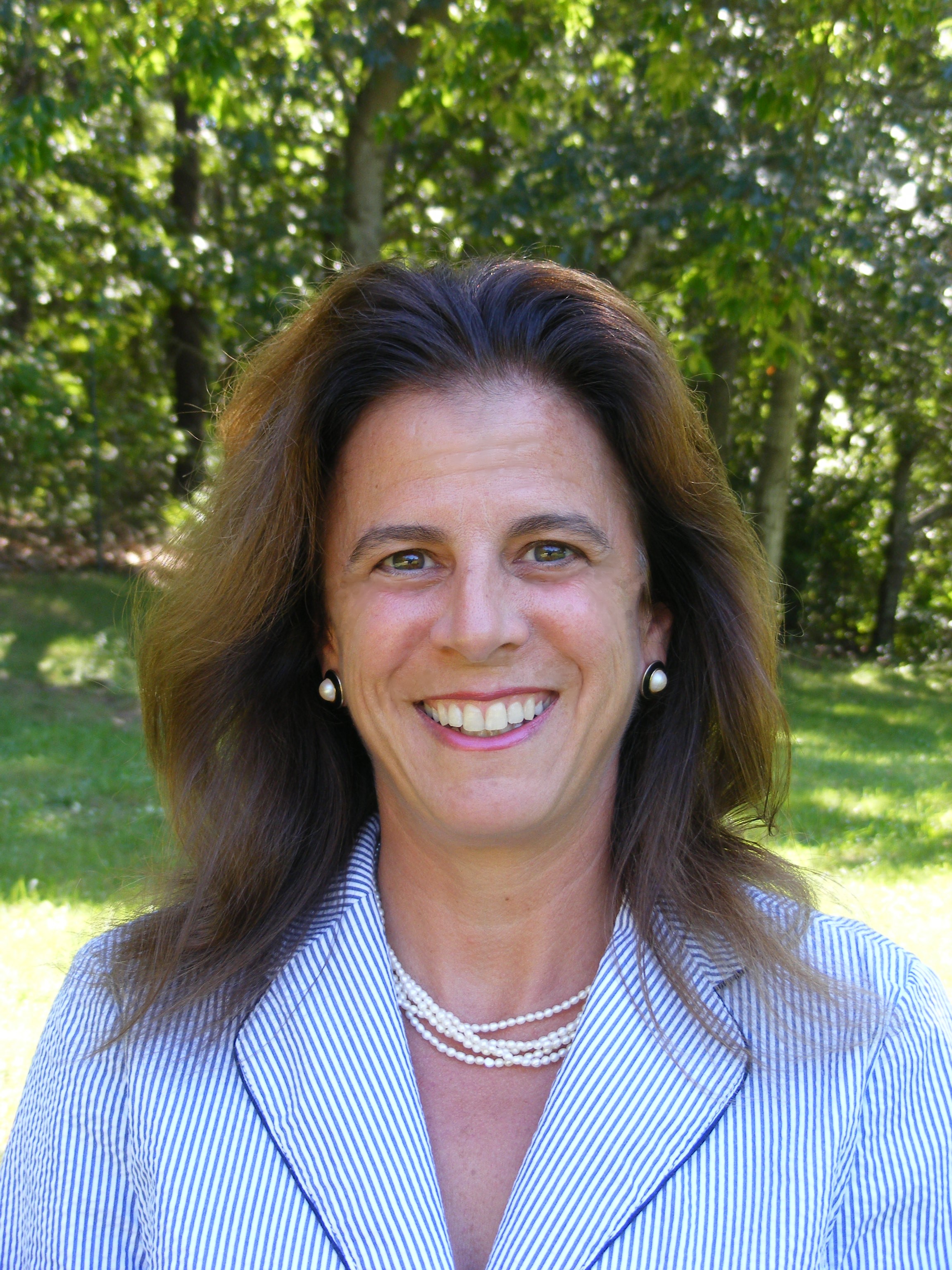 Environmental toxins can cause medical problems that are difficult for the average doctor to identify and treat. The more severe Environmental Illnesses include Chemical Sensitivity, Chronic Fatigue Syndrome (CFS), fibromyalgia and Gulf War Syndrome. Milder, environmentally induced illnesses are all around us and include anxiety, allergies, autoimmunity and intolerances to chemicals. The toxins found in pesticides, solvents, and heavy metals, and especially those produced by indoor mold can hit women especially hard. Women are four times more likely to exhibit symptoms of Chronic Fatigue Syndrome and Chemical Sensitivity than are men 1. Worse, it can be overwhelming for people (particularly those who are already ill) to learn about living a less toxic lifestyle and avoiding environmental contaminants. Environmental Medicine offers specific answers by giving both doctors and patients the tools to treat illnesses caused by toxic exposures. Sadly, very few people learn about Environmental Medicine until they are on deaths door, as I was.

In 2001, a muscle biopsy showed a my cells lacked oxygen and I was told I was dying from something resembling Amyotrophic Lateral Sclerosis (ALS, often called Lou Gehrigs Disease). My facial muscles couldn't produce a smile and I gasped for air all night. I was so weak I could no longer fold a towel or wash my hair. Eventually, my husband, dog, and I all developed adrenal failure as well. I was very fortunate to get connected to the Environmental Health Center of Dallas, and to recover. Our households illnesses were caused by mold found in the huge aquarium shed attached to my home, which produced dangerous mycotoxins called the trichothecenes.

Trichothecenes are commonly found in the urine of sick people living in moldy homes. These toxins are used as bioterrorism agents and have been extensively studied by the Army. The Army has found that female rats exposed to airborne trichothecenes develop adrenal necrosis (death of the gland that makes steroid hormones).2 In humans, adrenal insufficiency causes health problems including depression, fatigue, allergies, low blood pressure, dizziness on standing, anxiety and intolerance of stress, hypoglycemia, weight loss, tearfulness and increased sense of smell. 2 These are symptoms of environmental illness often found in women who live in moldy homes, like I did. The Armys research shows that testosterone may help protect men from toxins such as trichothecenes, which could and explain why men are less likely to develop the same symptoms as women.3

A sizable proportion of the U.S. population suffers, often unknowingly, from environmental illnesses. About 15% of the population has been told by a doctor they are chemically sensitive and about 5% is disabled by the condition and cannot be exposed to chemicals such as those found in air fresheners, perfume, and smoke. 4,5,6  Fully 30% of elderly and CFS patients are chemically sensitive.7 Yet, few doctors have learned about Chemical Sensitivity or Chronic Fatigue or learned how they can be treated with Environmental Medicine. In my many years of medical training, I never even heard of these Environmental Illnesses. Thats because the symptoms of environmental illness are not included in either medical school curricula or residency training. To this day, the American Medical Associations (AMA) 18-year-old policy is that Environmental Medicine lacks substantiating data and that Environmental Illness (EI) and Chronic Fatigue are not valid diagnoses. My organization is working now to change that policy.

The American Academy of Environmental Medicine trains physicians to assess all potential causes of ill health. The term environmental illnesses describes these conditions unifying symptoms, as well as hormonal, neurotransmitter, nutritional and genetic abnormalities that cause disease. A recent study examined cerebrospinal fluid proteins in patients suffering from Gulf War Syndrome, Chronic Fatigue Syndrome, and fibromyalgia, many of whom also showed symptoms of Chemical Sensitivity. The study found a unique set of proteins in these patients cerebrospinal fluid. The author suggests that, although the syndrome names are different, the presumed pathologic mechanisms may be shared.8   Environmental medicine practitioners also suspect that environmental factors affect diseases including Parkinsons Disease, Multiple Sclerosis, ALS, autoimmune diseases, autism, and Attention-Deficit/Hyperactivity Disorder (ADHD).

The need to understand environmental exposure is particularly essential for women with cancer. Research indicates that mold toxins and pesticides can cause cancers, including breast and uterine cancer. There is even a test for trichothecenes in food that indicates that it increases DNA transcription in breast cancer cells.9  This could mean that living in a moldy home may increase the growth of existing breast cancer. Avoidance of potentially dangerous chemicals, including Bisphenol A (BPA) and phthalates, commonly used industrial compounds that are often found in plastic containers and food cans, would be wise as well.

I firmly believe that one reason that environmental illnesses are not taken more seriously is because it is chiefly women who develop them. Many women experience cognitive and mental health problems along with environmental illness.10 When they go to the doctor, they may suffer from mental or cognitive impairment, but their behavior actually results from being environmentally ill. Too often, physicians focus on womens mental health symptoms and insultingly recommend psychiatry, when these patients actually need an environmental medicine specialist. When toxicity is treated, mental and physical symptoms can dramatically improve or disappear.

As a result of my horrific personal experience, I founded the Preventive and Environ-mental Health Alliance to advance clinical and public awareness of environmental illnesses. I am pleased to have the interest of leadership of the major institutions that need to incorporate changes. We meet in October with directors from the National Institutes of Health (NIH) and the AMA for a groundbreaking discussion of the need for bridging research on environmental toxins (especially mold and mycotoxins) to the clinical practice of Environmental Medicine.

Women have to know about environmental illness and the need for change in governmental policies. The AMA needs to change its stance and promote a sanctioned specialty (Environmental and Integrative Medicine) to train doctors to correctly identify these diseases. Insurance companies need to expand reimbursement for allergy testing, nutritional assessments, and effective treatments. More research is needed at the NIH and elsewhere on detoxification treatments that work, such as sauna, intravenous vitamins, oxygen therapy, chelation, immune modification, hormone replacement and antigen therapy.

This is the preventive medicine of the future. If you are concerned about exposure, I encourage you to get involved! Help us to push for Congressional support for environmental health legislation. No one should suffer alone from these conditions. Women suffering from environmental illnesses do not need drugs and condescension, they need referral and information from better-informed doctors! We must insist on being heard; we must help the millions of women, our sisters, who are too ill to help themselves. We must work together and present a unified force to demand a greater focus on this womens health issue, right now.

Lisa Lavine Nagy M.D. practiced medicine in NYC and Los Angeles until becoming severely ill (Addisons Disease, Mitochondrial Myopathy, Dysautonomia) as a result of a complex medical condition known as Multiple Chemical Sensitivity or Environmental Illness. Her story of survival and journey of discovery inspired ABCs Nightline to interview her and many newspapers and magazines to feature her recovery. Her case was due to toxic mold and in others it is due to pesticide or chemical exposure. She learned about the field of Environmental Medicine and its focus on finding the causes of disease including genetic, hormonal, nutritional, allergic, and environmental factors. She is now President of the Preventive and Environmental Health Alliance, a group focused on educating medical students, doctors, the AMA, congress and the public, and assists patients to find help nationwide. Her website is www.EnvironmentalMedicineInfo.com