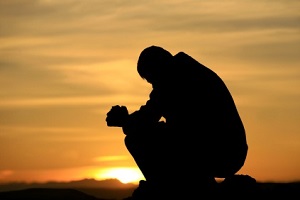 ​Although not 'Environmental Illnesses' in themselves, psychological problems, also known as affective (mood) disorders, are very common amongst sufferers of these illnesses. Depression, anxiety and the like are devastating illnesses on their own, but when you already suffer from an Environmental Illness, with the accompanying symptoms of fatigue, flu-like feeling and cognitive dysfunction, to name a few, then life can really seem like it's not worth living. If this wasn't enough, many healthcare professionals insist on sticking to the increasingly untenable position, that people presenting with Environmental Illnesses have psychological problems and nothing else.

The most common psychological problems seen in Environmental Illness sufferers are Depression, Anxiety and Insomnia, so we will look at these here.

Everyone feels depressed at some time in their life for any number of reasons. An event like the end of a relationship gives everyone feelings of sadness and loss, but these feelings subside over time and you feel normal again. In the case of clinical depression, the feelings are generally more intense or of much longer duration, or both. Along with feelings of sadness that someone with depression experiences, it also causes a number of physical symptoms, the most obvious being fatigue. As fatigue is probably the most prominent symptom of Environmental Illnesses as well, if you have both then the problem is magnified. If any form of depression discussed becomes so severe you are having suicidal thoughts you should contact your primary care physician or an emergency hotline (e.g. The Samaritans) immediately. They will offer either talk therapies, medication, or often both together. If your condition doesn't improve, you may need to try a Residential Treatment Center to help you cope.

There are 2 main types of depression, Major Depression and Bipolar or Manic Depression.

The major symptoms of Major Depression are:

If you experience most of these symptoms for a period lasting longer than a few weeks, especially if there is no reason to feel down, you are probably suffering from depression.

As well as the symptoms above, bipolar depression causes mood swings with periods that include the following symptoms:

Another form of depression, that commonly affects environmental illness sufferers, is known as Seasonal Affective Disorder (SAD). This disorder can take the form of either major depression or bipolar depression, but only occurs during certain times of the year, usually through the winter months (winter depression). This is thought to be due to lack of sunlight exposure during the winter and tends to be more common the further north you live.

As with depression, everyone experiences anxiety to some degree as a normal part of their lives. It is actually a good thing in some situations as it prepares us to face danger by giving us more energy and making us more alert. Anxiety becomes an illness when the feeling is constant or is regularly triggered by events that wouldn't normal induce a feeling of anxiety. There are in fact 5 recognized anxiety disorders, these are:

We'll concentrate on Generalized Anxiety Disorder (GAD) here, as this is the most common amongst Environmental Illness sufferers. The essential characteristic of Generalized Anxiety Disorder is excessive uncontrollable worry about everyday things. This constant worry affects daily functioning and can cause physical symptoms. Sufferers may worry excessively about issues like deadlines or appointments but they can also worry about everyday things that shouldn't cause such strong feelings. Essentially, the feelings are out of proportion with the triggering event. The focus of worry can also shift rapidly from one thing to another. The feeling of anxiety can be constant so that whatever the sufferer thinks about, they associate with the feelings and assume that to be the cause, however mundane the actual thing may be.

The major symptoms of Generalized Anxiety Disorder are:

Insomnia is a condition that is characterized by the sufferers inability to get adequate restorative sleep. This can be due to any number of the following:

A lack of sleep can lead to a number of symptoms during the day. These can include:

Clearly insomnia will also worsen all the symptoms a sufferer of an Environmental Illness experiences and make their general condition much worse.

Insomnia is commonly caused by both depression and anxiety (or may be present alone) and can exacerbate the symptoms of those disorders, creating a vicious circle. Many other factors can also cause insomnia, these include things like environmental factors (noise, temperature etc), change of sleeping environment, stress and physical illnesses/pain (such as the aches and pains experienced with Environmental Illnesses).

The causes of psychological illnesses and the link to EI

Depression and anxiety are believed to be caused by chemical changes in the brain. In these disorders, chemicals called 'neurotransmitters', which are the brains chemical messengers, become deficient or imbalanced. The exception is manic depression in which certain neurotransmitters may be elevated during the manic phase. The main neurotransmitters involved with psychological problems are Serotonin (5HT), Norepinephrine (Noradrenaline) and Dopamine. All have different effects but they all affect a persons emotions and their outlook on life, in some way. Serotonin is mainly associated with emotional stability and a sense of calm and contentment, norepinephrine is associated with drive, mental energy and motivation and dopamine is involved with pleasure and reward. Without the right levels of these chemicals you become emotionally unstable and your experience of life, and outlook on it, become distorted.

Other factors associated with Environmental Illnesses that can lead to psychological symptoms:

The important thing to remember is that there are a large number of biochemical reasons why people with CFS and fibromyalgia, for example, commonly have psychological problems. Your illness is not "all in your head", it is an organic disease, and it is entirely possible, in fact, probable, to have a psychological illness like depression as well as an Environmental Illness like chronic fatigue syndrome, at the same time.