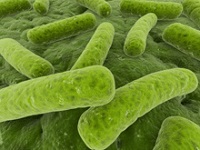 In a new study, researchers have found an association between a blood marker indicating the presence of abnormal gut bacteria and autism in some children diagnosed with the neurodevelopmental disorder.

In the journal Translational Psychiatry, the investigators describe finding evidence of impaired energy metabolism in a group of autistic children due to high levels of propionic acid produced by certain gut bacteria frequently found in those with autism.

Autism rates have been steadily climbing in recent decades, with an estimated 1 in 88 children now diagnosed with the disorder, according to the U.S. Centers for Disease Control and Prevention (CDC). This figure puts the incidence of the disorder at roughly twice what it was only a decade ago. Although better diagnoses and reporting may go some way to explain this, most researchers and doctors agree that autism is more common than it used to be.

This increase in the numbers of children developing autistic sprectrum disorders has led scientists to look for new and reliable blood markers or other indicators.

The results of this study lay the groundwork for future blood tests to screen for autism so the condition can be treated early, says Dr. Derrick MacFabe, director of the Kilee Patchell-Evans Research Group at the University of Western Ontario and study co-author. MacFabe collaborated with researchers from the Arkansas Children’s Hospital Research Institute in Little Rock, Arkansas.
While gastrointestinal problems are common among children with autism, research to understand the connection and develop potential treatment is still in the early stages. To date, much of the effort has been directed at unravelling the genetic markers of the disorder, and toward early identification and behavioral intervention.
However, there is increasing evidence that autism, like many other disorders, is the result of a combination of genetic and environmental factors that affect the body and the brain, says MacFabe, whose research team focuses on the role of the gut and its trillions of important bacteria and other microbes (collectively known as the "gut microbiome") that are key to health.
The study provides more evidence that abnormal bacteria found in the gut of many children with autism produce toxic waste products as a result of their own metabolism that are then absorbed and carried in the children's bloodstreams. The toxins affect organ systems including the brain and, in turn, behavior.
MacFabe says the new research is significant because it uncovers an important link between problems related to digestion, immune systems, metabolic problems and behavior among some children with autism.
It also indicates there was no genetic factor causing the abnormal energy metabolism, and suggests an environmental trigger such as the identified elevations in gut bacteria-derived propionic acid causes mitochondrial dysfunction in autistic children.
“This paper shows we think environmental factors could play a much more major role than was previously thought,” he said.
The researchers tracked 213 children with autism and found 17 per cent of them had consistently abnormal levels of the unique blood markers and evidence of abnormal cellular energy production.
That number is considered significant, said MacFabe, because the criteria were conservative and the tests were a snapshot that may not have captured all the cases of abnormal levels.
“We’re looking at trying to find early ways of screening, and more importantly, not just to screen but to identify early,” said MacFabe.
Source: University of Western Ontario