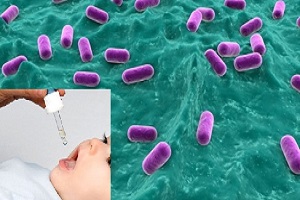 The research was carried out at the University of Turin in Italy, by a team of researchers led by Dr. Francesco Savino. In the study, they compared the probiotic bacteria Lactobacillus reuteri with the pharmaceutical drug pharmaceutical control simethicone. The results demonstrated a definite benefit from a daily dose of the probiotic.

In the article the authors note that infantile colic is one of the most common problems during the first three months of an infant's life, and can affect up to 28% of newborns. Although it has long been known to be associated with gastrointestinal discomfort there has been no identifiable cause so the associated behavioral syndrome characterized by excessive and inconsolable crying has been used to identify colic and judge its severity.

Dr. Savino and his team of researchers wanted to test the hypothesis that using orally administered probiotic supplements could favourably change the composition of a baby's gut flora and decrease crying time related to colic. The flora consists of billions of bacteria and other micro-organisms that live in the gastrointestinal tract. In normal circumstances there is a healthy balance of these organisms which prevents one particular type from becoming dominant and taking over with a potential for causing disease. In fact when the flora are in balance they provide many health benefits, including helping the immune system work correctly, and in fact scientists are increasingly realizing that the gut flora are essential for good health. Unfortunately the delicate balance of flora can be disturbed by certain drugs such as antibiotics, as well as other factors such as the health of the mother's flora, in the case of babies. Probiotic supplements are used to try to bring the flora back into healthy balance when it has been disturbed and also to maintain this balance.

The study involved 83 colicky infants of similar age, birth weight, gender and times spent crying, all of whom had been exclusively breast fed. The babies were randomly assigned to treatment either with the probiotic L. reuteri or the anti-flatulence drug simethicone. Forty-one of the babies received the probiotic and 42 received simethicone every day during the 28 day period of the study.

The study authors reported in the Pediatrics article that "The present study demonstrated that supplementation with L. reuteri improved colicky symptoms significantly in breast fed infants, compared with the standard therapy with simethicone, within seven days."

The overwhelming superiority of the probiotic supplement over the drug treatment was underlined by the authors when they state that "The response rate for L. reuteri was 95 per cent, whereas only 7 per cent of infants responded to simethicone."

The research team said that the mothers reported no adverse reactions from either treatment. "The safety profile of probiotic's makes them a favorable alternative to all other therapeutic options for breast fed infants with colic," Savino and colleagues note in their report.

The mechanism by which L.reuteri produced the results described is not known for sure. The researchers suggest that the probiotic may act as an anti-inflammatory on the intestinal walls, which in turn may have benefits for immune function and movement of the gut.

Although this is the first study to look at the effects of probiotics on infantile colic and the results were certainly very favourable, the study did have some limitations. First it was an open study with no placebo control which could affect the reliability of the results. Also, mothers were asked to follow a special diet, excluding milk, cream, butter, yoghurt, cheese, and biscuits. This intervention could definitely be be expected to provide some benefit by itself, skewing the results. Still, the results are very impressive and underline the importance of the gut flora

Other studies have found that probiotic supplements given to infants can have many other benefits including reducing the incidence of asthma and allergies. The amount of research showing a broad range of health benefits from supplementing the diet of both infants and adults with probiotics serves as an indication of just how vital a healthy gut flora is to the overall health of an individual. To make sure our children grow up to be healthy adults we should do our best to ensure that the ecology of their intestines remains in balance.