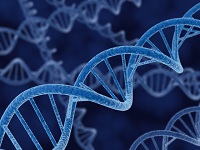 ​A Canadian researcher is investigating how environmental triggers might alter gene function in people with Chronic Fatigue Syndrome. The research could lead to better insights into the disease and eventually to new treatments.

Professor Patrick O. McGowan, director of the Laboratory for Epigenetic Neuroscience at the University of Toronto Scarborough (UTSC), is looking at how environmentally triggered changes to gene expression might alter immune function and stress response in ways that contribute to the disease.

McGowan's field of study is epigenetics - a scientific field that has only come to the fore relatively recently. Epigenetics tells us that that DNA blueprints passed down through genes are not set in stone at birth. While we can’t change the hardwiring of our genetic code, outside influences can radically change what our genes do and thus how our body functions and whether it is healthy or not. Epigenetic changes can be caused by environmental triggers such as infections, toxins, stress, nutrition, and even the social environment. - all of which have been associated with the onset of chronic fatigue syndrome (CFS) e.g. viral infections, pesticide exposure, pushing oneself too hard etc.

McGowan will conduct the study into the epigenetics of CFS with a grant from the CFIDS Association of America. As part of the grant, he will have access to the SolveCFS Biobank, a collection of biological samples from CFS patients.

McGowan will look specifically at the relationship between the hypothalamic-pituitary-adrenal (HPA) axis and immune function. The HPA axis is involved in the regulation of the stress response, and has effects on immune function and inflammation through cellular signaling mechanisms involving glucocorticoids e.g. cortisol.

Much historic CFS research has focused on the HPA axis and clearly demonstrated dysfunction in people suffering from the illness. CFS Patients often exhibit consistently low cortisol levels which can contribute to symptoms including fatigue and poor stress tolerance.

Likewise immune system dysfunction has been established as a key feature of the disease with chronic inflammation and oxidative stress being a common finding of CFS studies. Again, this would be expected to contribute to symptoms.

McGowan's hypothesis is that there is an epigenetic mechanism in CFS that disrupts glucocorticoid signaling in white blood cells called lymphocytes. By studying tissue samples from the SolveCFS Biobank he hopes to pinpoint the mechanism.

CFS is a highly complex illness that has baffled the medical profession for decades. It is likely to be in cutting edge biomedical research in the field of epigenetics that real answers to the CFS puzzle begin to be revealed.