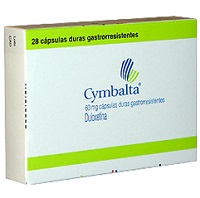 In the past month the makers of four drugs have received warnings from the US Food and Drug Administration (FDA); one of these was for Cymbalta which is approved to ease the pain of fibromyalgia.

Eli Lilly & Co. were warned that despite FDA approval for use of Cymbalta (duloxetine) for fibromyalgia, their promotion of the drug for such patients was misleading and often overstated its effectiveness and omitted or minimised information regarding potential side effects.

Cymbalta is a serotonin-norepinephrine reuptake inhibitor (SNRI), a modern type of antidepressant medication. Since serotonin and norepinephrine are also involved in the regulation of pain, Cymbalta can act as an analgesic (painkiller) and has proven useful in some trials for relieving the pain suffered by fibromyalgia patients In June 2008 it was approved by the FDA as a treatment for the pain disorder.

Fibromyalgia is characterised by chronic widespread pain which can be particularly intense at specific tender points located around the body. The pain itself can often be disabling and sufferers must also deal with a host of other symptoms including fatigue and cognitive dysfunction. To date only three drugs including Cymbalta have been approved by the FDA for its treatment; another SNRI, Savella (milnacipran), and the nerve pain drug Lyrica (pregabalin).

In studies Cymbalta appears to reduce pain in fibromyalgia patients regardless of the presence of depression or other mood disorders suggesting it has a direct analgesic effect. One major study found it improved overall Fibromyalgia Impact Questionnaire (FIQ) scores, reduced tender point pain threshold and other measures of pain, and improved overall quality of life based on several measures.1 Unfortunately it wasn't all good news as the effects were limited to women, Cymbalta did not improve any symptoms in male patients, and there was no significant improvement in FIQ pain scores in the patients as a whole.

A review of four clinical trials of the drug came to similar conclusions suggesting that it effectively relieved pain in fibromyalgia and the analgesic effects were independent of any effect on mood. Also finding that Cymbalta improved symptoms of fatigue and mental and physical performance.2

So the evidence base generally supports the effectiveness and safety of Cymbalta for fibromyalgia, at least in female patients, but the FDA feels Eli Lilly & Co have exaggerated just how effective it is and generalised this to include all patients with fibromyalgia when it is clearly ineffective in men. Around 10 per cent of fibromyalgia patients are men so this is not an insignificant amount. The FDA also feel side effects have been brushed under the carpet so to speak. The side effects of Cymbalta use can include nausea, dry mouth, constipation, somnolence (drowsiness), hyperhidrosis (excessive sweating), decreased appetite and dizziness.

The FDA is particularly concerned about the way Cymbalta is marketed to the public in the US in TV commercials and advertisements in printed media such as newspapers and magazines, as well as on websites.

Jaston
Very good info here. MCS sounds like something that would be very hard to pin down. It can be frus...
Multiple Chemical Sensitivity (MCS) - What Is...
about 3 weeks ago