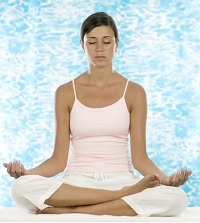 Breathing techniques such as those used in various forms of meditation may aid pain relief both directly and by enhancing the effectiveness of drugs according to the lead researcher of a new study.

Mind-body techniques such as meditation and focusing attention on the breath are becoming increasingly popular as medical research results continue to break down the supposed barriers between the functioning and health of mind and body.

It is now well established that the mind and body are not two seperate entities that function independently of one another but are in fact in constant bidirectional communication and each is dependent on the other. Research has shown for example that our state of mind can have a significant impact on how effectively our immune systems function.

Now researchers at Arizona State University (ASU) in cooperation with the Barrow Neurological Institute in Phoenix are looking at how breathing techniques influence pain perception and are interested in finding out if such interventions which are easy to learn and essentially free may help those struggling with fibromyalgia.

An ongoing study by the group is looking specifically at how meditative breathing affects the way women with fibromyalgia respond to pain in the form of heat pulses.

The team led by Alex Zautra, a Professor of Psychology at ASU have conducted previous studies on the effects of meditation and breathing techniques on the physiology of the body and pain perception. Professor Zautra in an interview with the College Times explained:

One of the methods by which a person can regain a kind of physiological balance and homeostatic state is through a relaxation method, and some are more valuable than others. One of the methods people have been doing since ancient times in the Eastern world is meditation, whether it's local or mindfulness meditation, and breathing is a big part of that; slowing down your breathing rate. And that's what we tried to put into the laboratory.

Professor Zautra and colleagues have demonstrated that when breathing rate is slowed it activates the parasympathetic nervous system - the branch of the autonomic nervous system that is dominant during relaxation. As a result deep breathing slows the heart, reduces blood pressure and leads to greater heart-rate variability, which is a greater sense of capacity to be both alert and relaxed.

The last effect may seem paridoxical and difficult to comprehend but Professor Zautra explains that "...what we teach with chronic pain patients is, 'Yes, you're in pain, but that's not all you feel. What else are you feeling at the time?' It expands their horizons to allow themselves to do more than be embattled with the pain they have and to see many other emotions; some they can appreciate more if they can allow themselves a greater latitude to understand their own feelings."

A five-year study is now underway to examine whether meditative practices could benefit patients with fibromyalgia. Unfortunately the team have not released any data on this as yet but anecdotal evidence from patients who already meditate and the previous physiological changes already demonstrated by this research group and others suggest such practices hold promise as part of coping with the pain of fibromyalgia.

Professor Zautra takes a pragmatic perspective suggesting that having spoken with rheumatologists who struggle to help their fibromyalgia patients with medications alone, a combination of meditative practices and medication may be the most beneficial solution for many with the condition and would offer physicians another way to help their patients.