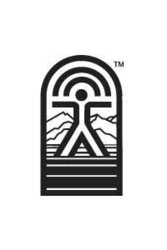 This month the American Academy of Environmental Medicine holds its annual conference with the aim of educating medical doctors about environmental factors which contribute to chronic immune and allergic illnesses.

Physicians are seeing more and more patients with chronic illnesses including allergies, asthma, autoimmune diseases, and a variety of unexplained conditions including chronic fatigue syndrome (ME/CFS), fibromyalgia, and multiple chemical sensitivity (MCS), whom they are often unable to help in any meaningful way other than to suppress symptoms.

According to figures from the US National Center for Health Statistics food allergies alone have risen 24% among children under 5 years of age and 19% among children ages 5 - 17 years. Meanwhile figures provided by the Centers for Disease Control and Prevention (CDC) suggest asthma prevalence for all ages increased by 75% from 1980 to 1994 and for children under the age of five, asthma has increased more than 160%.

Prevalence data for ME/CFS, fibromyalgia, and MCS are somewhat unreliable due to varying definitions, poor doctor education, and lack of objective tests. Estimates however suggest between 0.5% and 2.5% of the population in developed countries suffer from at least one; they often occur together.

The 44th Annual Meeting of the American Academy of Environmental Medicine (AAEM) which will be held in Phoenix, Arizona (Oct 29 - Nov 1) is aimed at doctors wishing to learn more about these illnesses and how to help their patients using environmental medicine.

The conference will focus on allergy, inflammation and immune diseases, and the root causes of illness and consist of lectures to educate doctors about the role of environmental factors influencing these conditions. Doctors will be taught about the adverse effects of chemical exposure on the immune system, a subject sorely lacking in standard medical school training. Cutting edge information to help doctors diagnose environmentally induced disease and new, effective approaches to treatment will also be presented.

"This is a wonderful opportunity for doctors and other medical professionals to learn more about how environmental factors can influence disease in their patients," said Dr. Jennifer Armstrong, M.D., president of AAEM. "With this knowledge doctors will more effectively be able to empower their patients to recover from chronic illnesses. Often we are called the last hope doctors, as many of our patients have been to multiple doctors before they come to see doctors such as ourselves. By looking into what environmental factors are underlining a patient's condition, it becomes possible to put fewer chemicals into their bodies, which can complicate the picture and cause more side effects. Patients are also taught about how to change their life style, identify toxins and detoxify, and other measures to regain their health."

The conference will also include expert speakers addressing gluten sensitivity and celiac disease, currently believed to affect 1% of the population or nearly 3 million Americans. Recent studies indicate a dramatic increase in celiac disease in the last 50 years and are calling for celiac diagnostic criteria to be re-evaluated. In addition, research has also highlighted the possibility that gluten sensitivity is a spectrum with celiac disease only being the most severe manifestation but large numbers of people suffering less severe, but still very troublesome, reactions to gluten containing foods such as bread, pasta, and baked goods.

Lisa Lundy, lecturer and author of the book "The Super Allergy Girl Allergy & Celiac Cookbook says "With the Ken Cook 'Ten Americans' video floating around the internet, the environment is an area that consumers are getting educated about. We expect our medical doctors to know as much or more about chemicals, the environment and allergies as we know." The AAEM conference should go some way to making sure this is the case.

About AAEM
The American Academy of Environmental Medicine was founded in 1965, and is an international association of physicians and other professionals interested in the relationship between man and his environment. AAEM provides education to physicians and paramedical professions, and promotes research in the recognition, treatment and prevention of illnesses induced by exposures to biological and chemical agents encountered in our air, food and water. For more information, visit www.aaemonline.org.

The complete conference schedule can be found at www.aaemonline.org/schedule.html

For Patients - AAEM also provides a search facility on their website for patients to locate a doctor who is a member of the organization.

Jaston
Very good info here. MCS sounds like something that would be very hard to pin down. It can be frus...
Multiple Chemical Sensitivity (MCS) - What Is...
about 4 months ago

Stone
I believe that divorce rate increases have also been caused by simplification of divorce filing proc...
The Mental Health Effects For Children Of Div...
about 4 months ago

Guest - Nicci Skincare
Thank you so much for these insights, you're gonna change so many lives!
5 Ways to Help Treat the Most Common Addictio...
about 4 months ago

Guest - James
This was a really great article on hazardous waste management. It was very informative and gave grea...
Hazardous Waste Management
about 4 months ago

Guest - OM
IS CFIDS RELATED TO AIDS?
America's Biggest Cover-Up: 50 More Things Everyone Should Know About ...
Chronic Fatigue Syndrome and Non-HIV AIDS
about 5 months ago