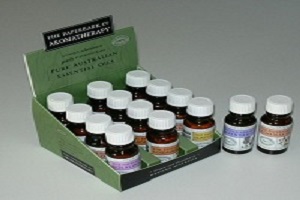 Researchers have demonstrated that a variety of essential oils are able to eradicate hospital acquired infections, even those such as MRSA that are resistant to traditional antibiotic medications.

Hospital acquired infections and antibiotic resistance are are a growing problem. The use of synthetic antibacterial soaps and sanitizers often only adds to such resistance and has environmental consequences.

Researchers are therefore looking at alternatives and many have turned to traditional natural remedies in the search for effective antibiotics and antifungal agents that do not contribute to microbial resistance.

Those with chronic illnesses such as chronic fatigue syndrome (ME/CFS), fibromyalgia, and Gulf War syndrome may be at particularly risk for contracting infections during a stay in hospital due to their lowered immunity. People with these illnesses having lowered natural killer (NK) cell activity being one common finding. NK cells are a first line of defense against pathogens including bacteria and fungi.

The research team's work was inspired by other recent studies finding that essential oils such as Eucalyptus oil and tea tree oil, first used by the Australian Aborigines, have promising efficacy against multi-drug resistant strains of pathogens; tea tree oil acne cream can be effective, for example.

In this latest study published in the Journal of Cranio-Maxillofacial Surgery, a multinational team of surgeons from Australia, Germany, and the UK, tested the antimicrobial efficacy of a range of essential oils against several strains of bacteria and Candida which commonly cause hospital acquired infections. They were especially concerned with finding oils effective against methicillin-resistant Staphylococcus aureus (MRSA) which has become a major problem in hospitals and can cause severe soft tissue and bone infections

Along with MRSA the team studied the effectiveness of the essential oils against 5 other Staphylococcus strains, 4 Streptococcus strains and 3 Candida strains including Candida krusei, which is resistant to many frontline antifungal drugs such as fluconazole (Diflucan). Each of the microbes was tested for susceptability to the following oils:

Various control substances including olive and paraffin oils whose antimicrobial effects are established were used alongside the essential oils.

The researchers found that Thyme white, Lemon, Lemongrass and Cinnamon oil has the most powerful antimicrobial activity but more importanly, that all of the essential oils showed significant ability to control infections with the bacterial and Candida strains tested.

The team conclude that "essential oils represent a cheap and effective antiseptic topical treatment option even for antibiotic-resistant strains as MRSA and antimycotic-resistant Candida species.

The research findings may also be useful for those with environmental illnesses in general since compromised immune function means that opportunistic infections such as athlete's foot and other skin and nail infections, with Candida species in particular, are a common irritation.