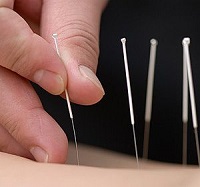 ​A Harvard Medical School clinical instructor is investigating the use of acupuncture as a means of symptom relief in sick Gulf War veterans, so far with promising results.

According to a report published in 2008 and produced by an investigation mandated by the US Congress, approximately one in four US veterans of the 1991 Gulf War subsequently suffered from a chronic multi-symptom illness commonly referred to as Gulf War syndrome or Gulf War illness. This equates to upwards of 150,000 individuals in the US alone. A similar rate for troops of allied nations would take the total much higher.

Like other chronic multi-system illnesses including chronic fatigue syndrome (CFS) and fibromyalgia, which share many symptoms with Gulf War syndrome, there are no cures or proven treatments. Dr. Lisa Conboy believes that the ancient Eastern healing art of acupuncture offers a means to at least provide sick veterans with relief from their symptoms, which she states include "fatigue, skin rashes, muscle and joint pain, difficulty concentrating and emotional problems".

Conboy is currently studying the effects of acupuncture in treating Gulf War veterans who show signs of the illness. A formal diagnosis is not possible as diagnostic criteria have not been formulated as yet.

Althugh her studies are still preliminary, Conboy told students at the University of Southern California this week that anecdotal evidence indicates the ancient Chinese practice may be providing substantial relief.

She also pointed out that compared to potential drug treatments such as powerful painkillers and anti-inflammatory medications, acupuncture is much more cost-effective and comes with far fewer side-effects, if any at all.

Eighty-five veterans of the Gulf War from Massachusetts are now enrolled in Conboy’s research, which is funded by the Department of Defense (DoD).