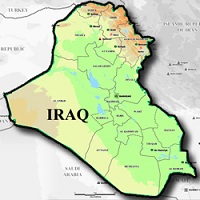 Two important new studies recently published move knowledge of Gulf War Illness forward. The first finds altered blood flow to the brains of affected veterans while the second suggests the cause(s) of their illness vary depending on the region in which they were delpoyed.

The brain blood flow study was performed by researchers at the University of Texas (UT) Southwestern Medical Center in Dallas and shows that abnormal blood flow has persisted in veterans for 20 years. Meanwhile, researchers from Baylor University, Waco, Texas, conclude that Gulf War Illness (GWI) resulted from several factors, which differed in importance depending upon a soldier's area of operation.

The studies provide further confirmation of what many veterans and researchers have long suspected - that GWI is a physical illness with measureable abnormalities (e.g. altered brain blood flow) and that it is complex with multiple triggers or causes, often compounding each other. It is ineresting to note that sufferers of similarly complex environmental illnesses including chronic fatigue syndrome (ME/CFS) and multiple chemical sensitivity (MCS) also show significantly altered blood flow to the brain and their illnesses can also be initiated by a variety of factors.

Researchers led by Robert W. Haley, M.D. at the University of Texas had previously shown using single photon emission computed tomography (SPECT) that veterans with GWI had reduced hippocampal blood flow. This could explain neurological symptoms including memory loss, confusion, irritability and disorders of motion control, since the hippocampus is the region of the brain responsible for forming long-term memories and helping with spatial navigation.

In their new study Haley and colleagues used a new technique based on magnetic resonance imaging (MRI) to asses hippocampal regional cerebral blood flow (rCBF) in 35 patients and 13 control participants who had taken part in the earlier study. They found abnormal blood flow in the veterans with GWI had persisted after 11 years and in some cases had become more severe.

"We confirmed that abnormal blood flow continued or worsened over the 11-year span since first being diagnosed, which indicates that the damage is ongoing and lasts long term," said Haley.

The specific technique for measuring blood flow the team used is known as arterial spin labeled (ASL) MRI and Haley stated that "Having an objective diagnostic test allows researchers to identify ill veterans for future clinical trials to test possible treatments." He continued by saying "It is also critical for ongoing genomic studies to see why some people are affected by chemical exposures, and why others are not." While clearly important for GWI research this latter point will be something those with MCS and environmental illness (EI) will also find of great interest.

Meanwhile the Baylor University study investigated links between GWI and veterans' locations during the war. They found GWI was most prevalent in veterans who served in forward areas of Iraq and Kuwait, where a higher proportion of troops were given the medication pyridostigmine bromide (PB) to protect them from effects of nerve agents. For personnel who remained in support locations, GWI was significantly associated only with pesticide use during the war.

"Understanding the causes of GWI has presented a complex puzzle in the 20 years since the Gulf War," said Lea Steele, Ph.D., Baylor University epidemiologist and lead author of the study. "Many of the nearly 700,000 U.S. veterans who served in that war encountered different levels and combinations of potentially hazardous substances. Our study determined that wartime exposures and rates of GWI were not the same for all veterans in all areas. In earlier studies, the causes of GWI often seemed indecipherable, when such differences were not taken into account."

The study found that GWI prevalence was nearly six times higher in veterans who served in Iraq or Kuwait, where all ground battles took place during the 1991 conflict, compared to those who remained on board ship during the war. For troops in the high-risk areas, GWI prevalence was 3.5 times greater in the subgroup that took PB pills compared to those who did not use PB. GWI was also increased for forward-deployed personnel who reported being near exploded SCUD missiles or smoke from the Kuwaiti oil fires, and pesticide use.

"Our study results strongly suggest that GWI is the residual effect of exposures encountered by military personnel who served in the 1991 Gulf War," said Steele. "Although the specific biological mechanisms are not well understood, we know that a number of the 1991 Gulf War exposures of concern - PB pills, many of the pesticides, and low-level nerve agents - affect the same nerve signaling chemical, acetylcholine, which is involved in diverse processes necessary for normal brain and neurological function."

Like Haley and his team at the University of Texas, Steele affirmed the need for more research such as these two studies to understand the biological mechanisms behind GWI and the reasons why veterans became ill so that they might be treated and so such illnesses can be prevented in future.