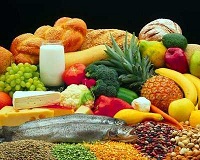 The research was conducted by scientists working at the Department of Gastroenterology, The First Affiliated Hospital of Henan University of Science and Technology, Luoyang, China - the aim - to determine the role of immunoglobulin G (IgG) antibodies to specific foods in diarrhea-predominant IBS (IBS-D) patients.

The use of IgG testing is seen as controversial and unproven by many conventionally trained primary physicians and gastroenterologists. It has however been increasingly used by naturopathic physicians, nutritionists and various alternative medicine practitioners over the past couple of decades. A large number of commercial labs have sprung up offering IgG testing (most using the ELISA method) as a result. This latest study provides confirmation that such testing is indeed beneficial to IBS-D patients.

The investigators tested the blood of 77 IBS-D patients and 26 healthy control subjects for the presence of IgG antibodies against 14 common problem foods.

Following the blood screening, 35 of the patients with IBS-D and IgG food intolerance consumed diets that excluded the identified food(s) for a period of 12 weeks. Changes in the patients'main symptoms of were evaluated before treatment and regularly during treatment using standard questionnaires and severity scales.

It was found after 4 weeks of dietary therapy with the individually tailored elimination diets, that most symptoms experienced by the IBS-D patients had improved. By 12 weeks on the elimination diet, all symptom scores had decreased significantly compared with the scores prior to IgG testing and dietary treatment.

In this study at least then, IgG food intolerance testing was a useful tool that led to substantial clinical improvements for IBS-D patients when the identified foods were eliminated.