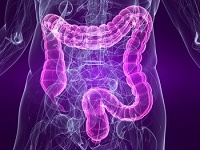 Irritable bowel syndrome (IBS) is the most common gut disease diagnosed by gastroenterologists in the developed world and now researchers say fibromyalgia patients in particular are at risk of developing the condition.

The onset of IBS results in symptoms including abdominal pain, gas, bloating and particularly changes in bowel habits. Indeed, patients are diagnosed based on whether the dominant symptom is constipation (IBS-C), diarrhoea (IBS-D) or an alternating pattern between the two (IBS-A). Episodes are often triggered or exacerbated by identifiable contributing factors such as gut irritating foods or drinks (e.g. bran fibre, alcohol), food intolerances or sensitivities, certain medications (e.g. antibiotics) or periods of increased psychological stress. Despite studies identifying many possible underlying mechanisms involved, the exact cause of IBS remains elusive.

That fibromyalgia patients are at increased risk of developing IBS compared to otherwise healthy individuals will likely come as little surprise to many, however. Previous research has shown both conditions involve alterations in the regulation of pain and how it is perceived, along with shared risk factors and triggers. Abnormal levels and activity of important nerotransmitters such as serotonin and substance P (present in both the gut and brain) are known to play important roles in IBS and fibromyalgia - both pain syndromes.

Additionally, both conditions are more common in women than in men. This again is understood, at least in part, to be a result of the differences in pain processing between the sexes.

This study demonstrates a significant overlap between the two pain syndromes and their findings led the researchers to recommend doctors look for signs of gut issues when consulting with their fibromyalgia patients in order to head off progression to IBS.

Guest - jofra
I am really happy to say it’s an interesting post to read . I learn new information from your articl...
How To Clean Your BBQ
about 9 months ago