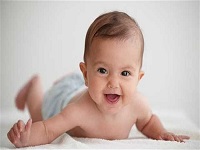 Researchers have for the first time identified a possible cause for colic, the common and distressing condition which frequently affects infants; those with the condition being found to have high levels of the Klebsiella bacterium in their guts.

Colic results in severe crying in an otherwise healthy newborn. It most commonly occurs in infants younger than three months and lasts for more than three hours daily for at least three days a week.

The condition is very common, affecting around 15% of infants. The reasons why colic occurs are currently unknown although it has long been suspected that digestive issues play a role. Some feel that painful wind, or that intolerances to foodstuffs such as lactose while the baby's digestive system matures, are likely suspects. Research supporting these assumptions is limited however.

Now researchers from The University of Texas Health Science Center, Houston, say they may have found solid evidence of a link between colic and the gut - specifically the make up of colicky infants gut flora and one bacterium in particular, Klebsiella. This is a naturally occurring organism organism in adults and can often be found in the mouth, intestines, and skin.

After studying 36 babies, half of which had colic, the researchers found the Klebsiella bacterium and corresponding gut inflammation in the intestines of only those babies with colic.

Marc Rhoads, M.D., professor of pediatrics at The University of Texas Medical School and lead author of the study, said that the study also revealed "...that the babies that didnt have colic had more types of bacteria in their intestines. The presence of more bacteria may indicate that specific bacterial species (phylotypes) are beneficial to humans."

Furthermore, Rhoads said that the Inflammation seen in the guts of the babies with colic closely compared to levels seen in patients with inflammatory bowel disease (IBD). Rhoads and colleagues also suggest that due to these gut pathologies, colic could prove to be a precursor to other gastrointestinal conditions that appear later in life, such as irritable bowel syndrome (IBS), celiac disease and allergic gastroenteropathies.

The results of the study are published in the online edition of the Journal of Pediatrics (July 23rd).

The researchers now say that a larger study is needed to examine Klebsiella more closely and investigate the use probiotics, nutritional supplements which provide beneficial bacteria such as Lactobacilli and Bifidobacteria, to control the gut inflammation.

Rhoads said initially an adult trial will need to be undertaken to determine the safety of the probiotics in healthy adults. UT researchers are currently in the process of recruiting 40 participants for such a study.

Currently paediatricians generally prescribe special hypoallergenic infant formulas to manage colic, but evidence that such measures are actually effective in treating the condition are lacking. If the link to disturbed gut flora, Klebsiella, and gut inflammation is confirmed and probiotics prove to be effective it would signal a major breakthrough in the treatment of colic, and perhaps reduce the risk for future gastrointestinal disorders including IBD and IBS.