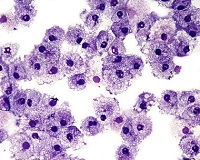 A recent study sheds new light on the previously noted association between oxidative and nitrosative stress and depressive illness, pointing the finger squarely at autoimmune reactions.

The research was conducted at the Maes Clinics in Bangkok, Thailand. Michael Maes has been instrumental in establishing patterns of immune system dysfunction in chronic fatigue syndrome (ME/CFS) and other environmental illnesses and here turns his attention to the immune components of major depression.

Previously, investigators have discovered that people diagnosed with major depression have a high degree of oxidative and nitrosative stress (O&NS) in their bodies. What this means is that highly reactive molecules based on oxygen and nitrogen are present in quantities greater than their bodies can neutralize with antioxidants. O&NS is known to cause damage to cells and tissues of the body. This latest study looked at how the immune system of depressed patients responded to such damage and how this related to depressive symptoms.

Self-antigens are present on the surface of every cell in the body; their presence forms the basis of the mechanism which allows the immune system to distinguish between our own healthy cells and damaged cells or those of disease-causing pathogens. To reach their goals Maes' team examined the response of immunoglobulin M (IgM), a type of antibody, to self-antigens which had been damaged by O&NS.

Blood samples taken from all participants when analyzed revealed serum IgM levels against all types of O&NS-damaged self-antigens were significantly higher in depressed patients than in healthy controls. Furthermore, the highest IgM levels of all were found in the chronically depressed patients.

The Maes Clinics researchers conclude that depression is characterized by IgM-related autoimmune responses directed against self-antigens that are identified as a threat by the immune system following damage by O&NS; the association being strongest in chronic depression.

The scientists believe these findings have significant value for increasing understanding of the inflammatory and oxidative-autoimmune pathways in major depression.

These findings are also suggestive that avoiding sources of oxidants and nitrosative agents (e.g. environmental pollution) and consuming adequate amounts of antioxidants may offer a means of preventing, or even treating, chronic depressive disorders. Large, carefully-designed studies would be required to confirm this hypothesis, of course.