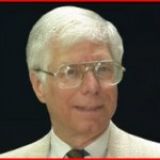 A group where those undertaking the nutritional supplement program developed by Professor Martin Pall can support each other and share knowledge and experiences. Prof. Pall's protocol is intended to break the viscious cycle of oxidative and nitosative stress he refers to as the 'NO/ONOO' cycle due to the central involvement of nitric oxide (NO) and peroxynitrite (ONOO-). This cycle is theorised to be at the heart of chronic multi-system illnesses including multiple chemical sensitivity (MCS), chronic fatigue syndrome (ME/CFS) and fibromyalgia.

Maff
My wife and I separated when our daughter was 12-18 months. She is now 3 years old and the happiest ...
The Mental Health Effects For Children Of Div...
about 9 months ago

Gacess99
The child life is very simple and innocent and divorce is effect on child's life as emotion and ment...
The Mental Health Effects For Children Of Div...
about 9 months ago