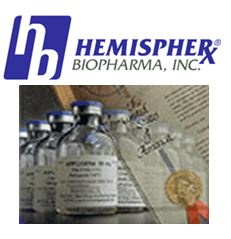 Ampligen (AMPLIfied GENetic activity) is an antiviral and immunomodulatory drug developed by Hemispherx in the late 1980s. Its primary proposed use is in the treatment of chronic fatigue syndrome (ME/CFS). The drug is officially available for the treatment of ME/CFS in some countries including Belgium and Canada under special usage drug laws. The drug's developers have recently applied for new drug licences in the US and UK for the use of Ampligen in ME/CFS but these have yet to be granted (Oct 2008).

To date trials of Ampligen for the treatment of chronic fatigue syndrome are thought to have included more than 1,200 patients and a total of approximately 90,000 doses of the drug. Ampligen is currently given intravenously and is generally administered twice weekly for periods of one year or greater. An oral form of the drug may become available in the future. A significant number of patients in the chronic fatigue syndrome trials have reported a complete or partial recovery but more common treatment outcomes appear to be improved cognitive skills, an increase in energy, and greater oxygen uptake.

It has not been proven conclusively how Ampligen works in chronic fatigue syndrome but it is thought to involve both the RNase L pathway and Toll-like receptors.

RNase L is an enzyme system in the immune system involved with defence against viruses. In chronic fatigue syndrome it appears that RNase L remains chronically upregulated which results in the symptoms of the disease. Ampligen may act to restore RNase L activity to normal and allow the body to fight off the triggering infection and return to normal function.

According to Hemispherx Ampligen also stimulates type 3 Toll-like receptors (TLR-3). In a statement they say: "The biologic properties of Ampligen are conveyed exclusively by a unique naturally occurring receptor on the cell surface called “TLR-3.” Toll-like receptors (or “TLRs”) such as TLR-3 serve as “pattern recognition” receptors in the early detection of pathogens and the establishment of early defense mechanisms (innate immunity). As such, they are critical to the first line of immunological defense against a broad range of pathogens, such as otherwise lethal viruses and even various forms of cancer.

When the dormant alarm signals of TLRs are activated (as by exposure to a pathogen or a stimulant agent such as Ampligen), TLRs in effect cause an overreaction, driving the body to proliferate broad-spectrum defenses against many types of pathogens."

Ampligen may also increase natural killer (NK) cell activity. NK cells are an important component of the immune system and are consistently found to be low in number and activity in ME/CFS patients.

Some studies suggest that Ampligen is most effective against a certain subset of chronic fatigue syndrome, those with the most severe debilitation who may be entirely incapacitated and bed-ridden. Dr Paul Cheney, a prominent ME/CFS specialist has held high hopes for Ampligen since the early 1990s. He has said that in his experience the chances of successful treatment with Ampligen appear to be "2 chances in 3 and that might be raised a little bit if one targets a subset of patients, specifically ones that are within the first 5 years of their illness who have abrupt onset and who may have activation of this RNase L pathway."