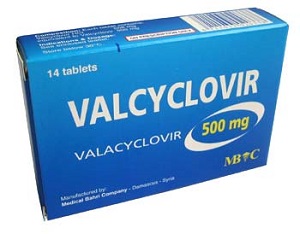 Chronic Epstein-Barr virus and other human herpes viruses may be a cause of long term symptoms in chronic fatigue syndrome (ed: and other 'invisible illnesses'). Treatment with anti-virals is effective in restoring sufferers to health.1

“Purpose: Beginning in 1993 at a single chronic fatigue syndrome (CFS) treatment center, we began studies that demonstrate Epstein–Barr virus (EBV) nonpermissive replication. In the most recent study performed, EBV nonpermissive replication is the cause of 28.3% of 106 consecutive CFS cases, and is etiologic with human cytomegalovirus (HCMV) and/or human herpes virus 6 (HHV-6) as a coinfection in an additional 52.8% of CFS cases. Therefore, EBV is causally involved in 81% of cases of CFS. Further, EBV CFS is effectively treated with long-term valacyclovir. Coinfection HCMV and HHV-6 CFS requires valganciclovir with valacyclovir."

Conclusion: Nonpermissive EBV infection is causal in a significant proportion of CFS cases. EBV CFS is safely and effectively treated with long-term valacyclovir.”

Martin Lerner has been working since 1993 on the idea that many cases of chronic fatigue syndrome result from longstanding infection with herpes viruses. The most important of these is Epstein-Barr virus (glandular fever or “mono”), but he has also identified two other herpes viruses as a particular problem in CFS/ME sufferers, namely cytomegalovirus and human herpes virus 6 (HHV-6). He demonstrates that in CFS/MEs there is non-permissive replication of virus. By this he means that there is sufficient viral replication going on in cells to disrupt cellular metabolism and cause cell death, but not sufficient to result in a positive DNA polymerase test, or antigenemia with antibody response. This means that such chronic infection will not be picked up by standard virology tests including antibodies and PCR. This very much echoes the ideas of Dr John Chia, who believes that many patients with chronic fatigue syndrome have ongoing viral infection which he describes as being “under the radar”, i.e. the immune system does not seem to see it. This is a little bit like HIV infection, where the virus tucks itself away inside cells, again so the immune system cannot “see” it.

Lerner looked at 106 consecutive cases of CFS/ME and found the presence of Epstein-Barr virus alone in 28% of these cases, in a further 53% of cases there was Epstein-Barr virus combined with cytomegalovirus, or HHV-6, which means that Epstein-Barr virus was involved in a total of 81% of patients with CFS/ME.
Most importantly, he went on to show that the Epstein-Barr virus could be treated effectively with an anti-viral valacyclovir and if there is co-infection with HCMV or HH-V-6 then some trials used valganciclovir in addition to the valacyclovir. He reported good responses to treatment. Indeed, he reviewed four studies involving several hundred patients with CFS using this combination of drugs and reported long term patient recovery. This recovery was determined in terms of clinical improvement, improvement in serum EBV titres (with regard to EBV virus, early antigen (diffuse), EBV viral capsid antigen and immoglobulin-M), together with improvements in 24 hour ECG and improvement in cardiac dynamic studies.


So what are the criteria for initiating treatment with Valacyclovir and possibly also Valganciclovir?

A high proportion of patients that I see with CFS/ME do very well on the standard regimes of diet, nutritional supplements, sleep, pacing, attention to mitochondrial dysfunction, thyroid and adrenal support. However, there is always a hard core of patients who, despite sticking to these regimes well, do not see the deserved improvements. These are the people for whom these drugs may be helpful. So what are the criteria?
An obvious initiating infection with Epstein-Barr virus and positive IgM tests and/or positive IgG tests shows that there has been exposure to Epstein-Barr in the past and there could well be ongoing non-permissive replication now.
If there is no IgG antibody to Epstein-Barr virus, then this indicates no prior infection and therefore no indication of the treatment.
Lerner also looks at other antigens, namely D (diffuse) and R (restricted) components of EVB early antigen (EA) to indicate non-permissive incomplete virus replication. I am not sure if this test is available and I will make enquiries. However, my view at this stage would be that anybody with a viral trigger, positive IgM and/or IgG antibodies and who has not responded to the above regime would be a candidate for a trial of Valacyclovir.
We then have to ask the question if there is any evidence of cytomegalovirus (CMV) or HHV-6 infection, which would require additional treatment with Valganciclovir. From his paper it does not appear that these two viruses are candidates for non-permissive replication and therefore it should be straightforward to diagnose these simply by doing IgG antibody studies for these two viruses.
As part of his work up, Lerner also does 24 hour ECG monitoring and the abnormalities he most commonly picks up are oscillating T-wave flats and inversions, together with tachycardia at rest. My guess here is that these cardiac abnormalities reflect mitochondrial dysfunction and poor energy delivery to the heart because of the cellular disruption resulting from chronic viral infection.

Lerner monitors treatment using the Energy Index Point Score (EIPS - see table below) with patients visiting every four to six weeks and the score determined by agreement of patient and physician. A score of 0 – 5 is diagnostic of chronic fatigue syndrome, a score of 6 – 10 indicates patients no longer have CFS. This means a small change in the EIPS value is very clinically significant with an effect size of 0.8 being large. A CFS patient is considered to be a responder if the effect size is more than 1, or a non-responder if the effect size is less than 1 after one year of anti-viral therapy.

Valacyclovir was prescribed at a dose rate of 1 gram every six hours (i.e. 4 grams per day). For overweight patients the dose was 1.5 grams every six hours and for small patients correspondingly less. A “Herxsheimer” response with worsening of symptoms and a worsening score continuing for two to six weeks after treatment began was a good prognostic omen. Increasing energy score and decreasing symptoms were apparent at the fifth to sixth month of continuing Valacyclovir. As the drug was continued, EIPS values of 7 and above were achieved and activities of normal living restored.
The above clinical improvements were accompanied by improvement in ECG monitoring.
Alcohol is forbidden. Exercise too early in CFS recovery may worsen CFS and so exercise was prohibited until EIPS 7 was achieved. At EIPS 8, light exercise is cautiously begun. The Valacyclovir dose is then decreased to 1 gram two times a day, continued for 6 to 12 weeks and then stopped. Approximately 20% of EBV CFS patients required maintenance Valacyclovir to prevent clinical relapse.

Lerner goes on to report on the outcomes of four studies using these regimes. The four studies involved 19, 11, 27 and 106 patients which give similarly good results. Energy consumption and physical activity both improved as did heart symptoms and ECG abnormalities.
In these groups between 10% and 25% required full dosage long term therapy to maintain an EIPS value of more than 7. Valacyclovir has been continued for seven years in patients without ill effects. He comments that patients appreciate the good prognostic omen of an early Herxsheimer response. In study 2, patients initially were treated with just valacyclovir, but after six months those patients with co-infection were also given intravenous ganciclovir. There is a slight confusion here because Lerner goes on to say that both valacyclovir and valganciclovir were necessary for these patients to recover without specifying when the valganciclovir was administered.
Study 3. Good results were achieved with just valacyclovir.
Study 4. Again good results were achieved with just valacyclovir.

These regimes work well. Valacyclovir long term used to be an expensive therapy. Lerner’s costing for valacyclovir tablets for 1 gram every six hours was of the order 25-30 thousand dollars per year. The cost has recently come down a lot as the patent has run out. I can now obtain Valciclovir 500mg x 42 for £19.49, so around £107.18 for a month’s course. There is no doubt that valacyclovir is a very useful treatment for patients and my recommendation at present is to reserve this for those who do not respond to the standard nutritional work ups.

References
Lerner, A. Martin et al (2010). "An update on the management of glandular fever (infectious mononucleosis) and its sequelae caused by Epstein–Barr virus (HHV-4): new and emerging treatment strategies." Virus adaptation and treatment 2: 135 – 145.